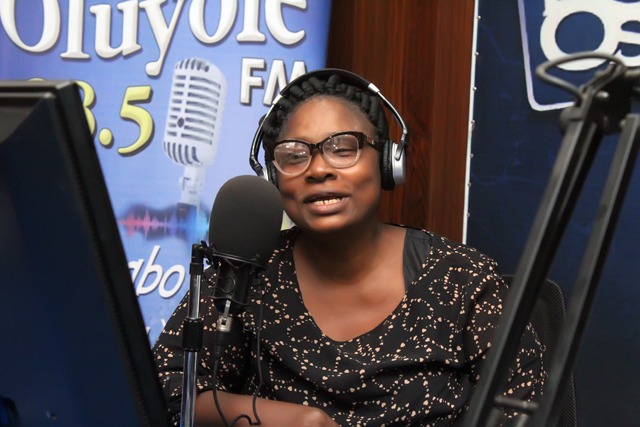 “My late Dad, Moses Olaiya Adejumo was a very prayerful man who used prayers to chart his live, his children’s lives and to generally run his family and businesses”

That was Mrs Olufunmilayo Adejumo-Oyebode, one of the daughters left behind by the iconic Nigerian entertainer, Pa Adejumo, popularly called Baba Sala, speaking about her late dotting father.

Mrs Adejumo–Oyebode also revealed that her father bequeathed a realistic legacy for all his children so that none of them would become liabilities in life.
She described her father as a hardworking, selfless and real dad who took the welfare of the family seriously. According to her, “my father had the wisdom of Solomon, he used wisdom to rule his home, he did not allow jealousy to exist in the family. He always gathered us together in groups to observe feast of love, and such created an atmosphere of love in the family”
Mrs Olufumnmilayo, an Assistant Director of Nursing at the University College Hospital (UCH), Ibadan made these submissions while featuring on Parrot Xtra Hour on Radio anchored by Olayinka Agboola and broadcast live on the Broadcasting Corporation of Oyo State, BCOS’ Oluyole 98.5 FM Ibadan during the week.
According to the trained nurse, “our father cherished his name so much to the extent that he used to constantly but subtly warn his children not to think of doing anything that would ‘spoil’ the family’s name”.
She equally stated that she took after her father in the comedy business. She announced that she has her own group named ‘Bata for Jesus’. She uses the platform to evangelize to the nation.
Speaking on the piracy issue that befell her late father over his production, Orun Mooru in 1982, she said that the singular event greatly affected her late dad financially and emotionally.
“The bad experience concerning Orun Moru affected my father seriously, but he was undeterred and the incident drew him closer to God.

She, however, assured the numerous fans of Baba Sala’s that the late comedian’s works are still available, adding that “we appreciate all those who still love our dad. We will forever be grateful to them

“In addition, we are all forging forward and in our different ways adding to the growth of Nigeria as envisaged by Baba Sala, our late father”.