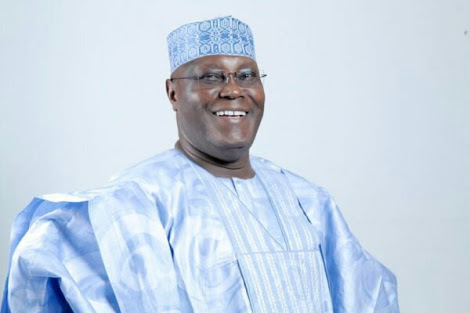 Former Nigeria’s vice president Atiku Abubakar has been elected as the People’s Democratic Party’s presidential candidate in the next general elections.

Abubakar wins the election with 1, 532 votes with the governor of Sokoto State, Aminu Tambuwal, coming a distant second with 693 votes.

“Thank you for choosing me,” Abubakar said shortly after the vote counting ended. “This is a victory for all of us. The task to get Nigeria working again starts now.”

In his acceptance speech, Abubakar paid tribute to his rivals and surprisingly, his former boss, Olusegun Obasanjo. He promised to work with to ensure victory for the party at the poll.

“We shall all be partners,” he said.

The former second-in-command of the Nigerian Customs Service is arguably the only Nigerian who has contested to be the Nigerian president for more than four times – the first time he did was on the platform of Social Democratic Party in 1993.

In 2006, he was elected as the standard bearer of the now-defunct Action Congress having defected to the party from the then ruling People’s Democratic Party. He lost that election.

He returned to the PDP in 2010 and contested, again, for the presidency, standing against Goodluck Jonathan in 2011. He lost the primaries to Jonathan, who went on to become Nigeria’s president.

He vied for APC’s presidential ticket against Muhammadu Buhari and Rochas Okorocha. He, like before, lost the election to Buhari, who eventually became Nigeria’s president in 2015.

In late 2017, Abubakar was clearly fed up with his new party. He subsequently defected to PDP, where he has now to picked up the presidential ticket.

Abubakar has a well-oiled political structure across Nigeria, and it is believed that he has the means to sway party faithful to his side. He has recruited Gbenga Daniel, a former Ogun State governor, who lost the bid to lead the PDP, to chair his campaign.