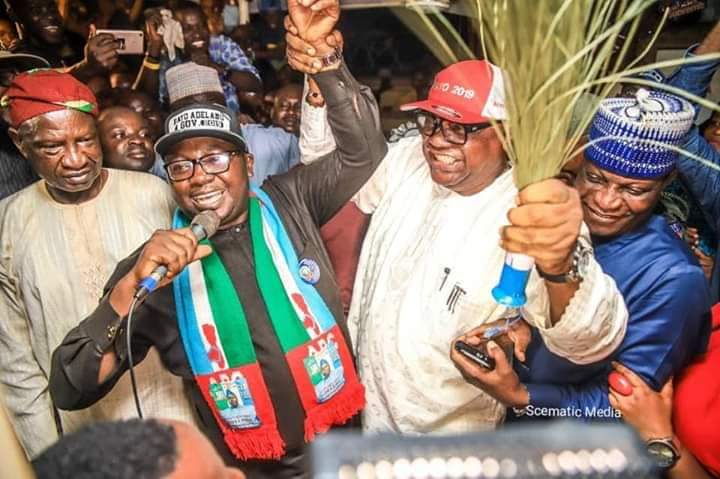 Alao-Akala made this known when addressing thousands of his supporters at APC Mega Rally in Ogbomoso yesterday. He enjoined the people of the ancient town of Ogbomoso to massively vote the APC guber candidate on the Saturday elections and they will not regret their actions.

Why Adelabu Is The Best For Oyo — Pacesetters Support Group