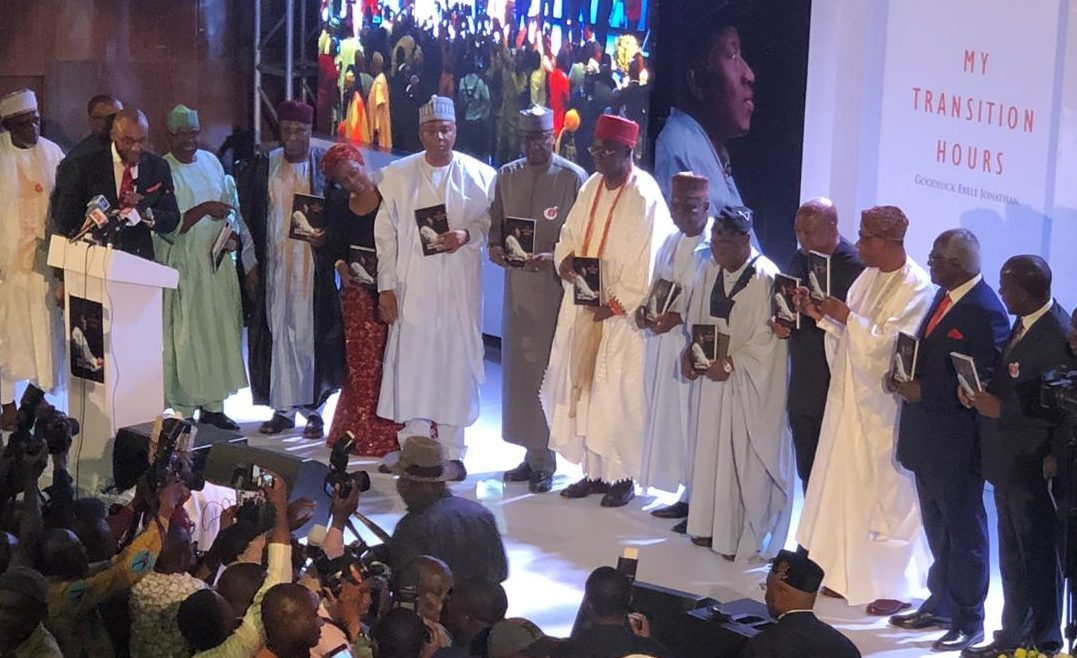 Former President Goodluck Jonathan has suggested a vast conspiracy by the Independent National Electoral Commission which partly cost him his re-election in 2015.

Mr Jonathan of the Peoples Democratic Party conceded defeat to Muhammadu Buhari of the All Progressives Congress on March 31, 2015, heralding the first victory for an opposition platform in Nigeria’s presidential election history.

In a new book made public on Tuesday, Mr Jonathan said INEC’s biased distribution of voting credentials to the electorate precipitated his defeat at the March 28, 2015 general elections.

“For some inexplicable reason, the INEC had been able to achieve near 100% distribution of Permanent Voter Cards in the North, including the North East, which was under siege with Boko Haram insurgency but failed to record a similar level of distribution in the South which was relatively more peaceful,” the former president wrote in the book he launched at Transcorp Hilton Hotel in Abuja Tuesday afternoon.

As the election got underway, Mr Jonathan said he paid stern attention to reports of irregularities as amplified in the media, but he was reluctant to ride on such excuses to reject the results.

“Social media was filled with all manner of stories, pictures and videos. I had settled in my mind that I was not going to be the sitting president pointing out these infractions and accusing the INEC

“The world saw my ordeal at the polling unit in my community in Bayelsa State, where the card reader refused my PVC even after we tried repeatedly during accreditation.

“And it was the same with my wife and my mother. It was a moment that exposed the shortcomings of INEC,” Mr Jonathan said.

Mr Jonathan said even though he conceded defeat for a slew of personal principles he had long held, he was even more conscious of past predictions of the United States intelligence that Nigeria would break apart, as well as an infamous comment by Mr Buhari that dogs and baboons would be “soaked in blood” if 2015 elections did not go the way he desired.

“I knew what was coming the day before I called General Muhammadu Buhari. I had reports on the polls around the country. It was clear the results were not going to favour me,” Mr Jonathan said. “There were series of problems with card readers, resulting from widespread technical hitches leading to the non-uniform application throughout the country.”

“However, I was heading towards peace. Stopping the election on voting day would have been like detonating an atomic bomb,” he said.

Mr Jonathan said shortly after he finished voting on March 28, he departed Bayelsa for Abuja to monitor the rest of the exercise from March 29 until he made concession call on March 31.

The former president also mentioned places he expected violence to break out had he delayed in placing the call to finalise the election.

“The country was tensed. I had to do something. I could no longer wait for the collation of final results. The pressure on the country was palpable.

“In Lagos, people were ready to burst loose on the streets and in the North, the stage was set for envisaged violence. One of my party’s agents at the INEC National Collation Centre in Abuja, Elder Godsday Orubebe eventually got into a heated argument with the INEC Chairman, Prof. Attahiru Jega.“That further raised the tension in the country. Everyone was expecting the worse. I knew it was time to douse the tension,” he said.

A spokesperson for INEC did not immediately return requests seeking comments Wednesday morning.

In his book, INEC was not the only factor Mr Jonathan held responsible for his defeat. He blamed former U.S. President Barack Obama, as well as some local politicians with whom he fell out ahead of the election.