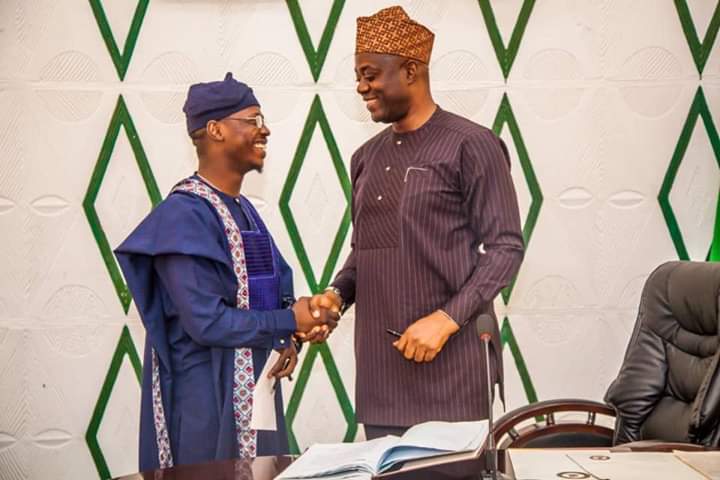 Following the confirmation of Mr. Seun Fakorede, 27, along with two others by the Oyo state house of assembly and their inauguration as commissioners in Oyo state by the executive governor Engr. Seyi Makinde, a foremost non governmental organization that focuses on youth mobilization for capacity building and development across the 36 states in Nigeria to which the new commissioner for youths and sports Mr. Seun Fakorede is a member Youth Development Organization (Y.D.O) has commended the executive governor of Oyo state, Engr. Seyi Makinde as a man of very high dignity and honour in whom Oyo state has found redemption. 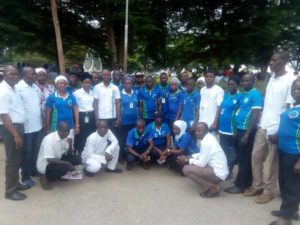 The national president of the organization comerade Fakorede Oluwole, while having a chat with Sunrise Bulletin news correspondent at the ministry of youths and sports shortly after the inauguration of the new commissioners, expressed joy and renewed hope towards the attainment of a better Oyo state through the leadership of governor Makinde, he stated that this was almost unbelievable because of the way and manner past governments pay lips service to youth inclusion in their cabinets, he stated further that governor Makinde is already setting new records for the state and he is proud to witness the development in his own time, he therefore, thanked governor Makinde for clearly showing the world that truly youths are better than just use and dump to achieve political heights and promised to work with the government in any way that promote youth development in the state.

Excited Hon. Shola Fakorede who is the biological father of the new honourable commissioner for youths and sports Mr. Seun Fakorede, described governor Makinde as extremely philantropic and a blessing to Oyo state. He said “governor Makinde has always been a very hourable and kind hearted man whose words are his bond, he has been philantropic and has been touching many lives and communities across the state positively even before becoming the governor, i am a man who fears God but what governor Makinde has done made me fear God the more and i really appreciate the governor for having so much believe in youths, i believe and have faith in the leadership of governor Makinde to deliver because it is what he has been doing before becoming the governor of Oyo state.”

Mr. Akeem, the Oyo state coordinator for Y.D.O also described governor Makinde as the first governor in the history of Oyo state who is genuinely laying the foundation for youths leadership take over. He commended the governor for showing such exemplary leadership quality that is unfounded in almost all past administrations that only see youths as political tools that can just be used and dumped during elections noting that this guesture has created a new rhetoric that the youths are now more valued for leadership roles and responsibilities.

Mr. Akeem noted further that governor Makinde’s leadership style of an all incluve government is unprecedented in the anals of the state and expressed confidence that the governor will record resounding and remarkable success with the way he is running the affairs of the state. He therefore, appealed to youths in the state and across Nigeria to take a leaf from Seun Fakorede’s appointment as commissioner, stressing that there is always hope for the youths if they perspire and maintain focus no matter the magnitude of challenges they are faced with. He called for maximum support from everyone in the state towards ensuring that governor Makinde achieves his economic agenda for the state.