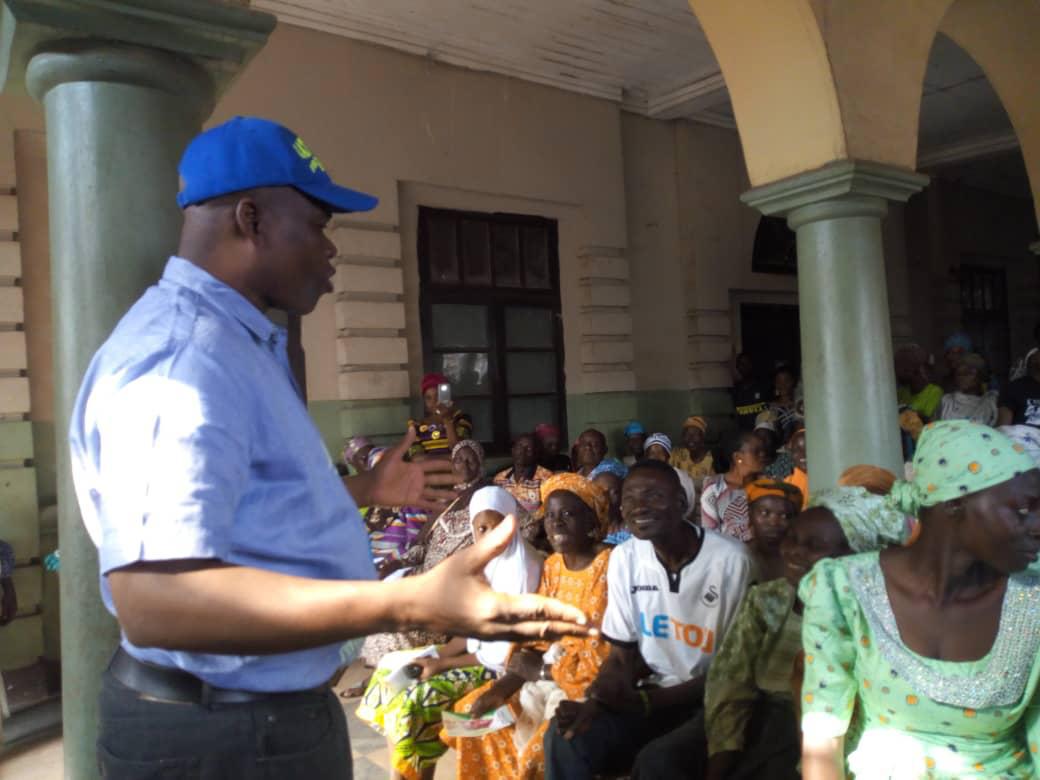 The executive officers and members of the African Democratic Congress, ADC in Ibadan North West and South West chapters have been charged to put in revolutionary conduct in their mobilization exercise towards the next general elections.

The task was made on Thursday by the standard bearer of the party for the Federal House of Representatives, Dr. Wasiu Adewale Olatubosun at two separate parleys.

Olatubosun whose presence crippled the ever busy commercial and vehicular activities at Idi-Ikan, Ogunpa, Agbaje and other adjoining markets for several hours of the day with the massive turn outs of residents, area boys and traders, thanked the crowd chanting his praises for their love and support.

He commended the members of the breakaway All Progressives Congress, APC popularly called the Unity Forum now in the ADC who converged in the popular Adebisi’s residence hall, Idi-Ikan, for their unwaivering loyalty and steadfastness in spite of inducement, intimidation and harassment from the ruling party.

He sternly read to the group riot act on the need to step up the evangelism across the wards of the council area in collaboration with other like minds to woo more opinion moulders and eligible voters into the cause.

He assured the crowd of unprecedented rewards if moved heaven and earth in ensuring success of all candidates of the party in the much hyped next general elections.

In a related development, the local and ward chairmen of the ADC in Ibadan South West local government chapter have been implored to add to their efforts in galvanising support the victory of the party in forthcoming general elections.

The party officials were charged to do more in having a resounding victory in all the polling units of area by Dr. Wasiu Olatubosun at a meeting which was held at NUJ press centre, Iyaganku, Ibadan.

He alerted the party’s chieftains of the main objective of the party and noted personalities involved in the 2019 general elections.

He therefore enjoined them to redouble their efforts in combing the grassroots to raise awareness and canvass support for all the candidates of the party in the coming transitions.

In his response, Hon. Gbenga Aluko the ADC Ibadan South West local government chapter, on behalf of chairmen of the 12 wards of the area promised Dr. Olatubosun to heighten their inputs in contacting and winning more souls for outstanding success of the party in the fast approaching general elections.

PDP Calls For The Resignation of IGP,INEC Boss