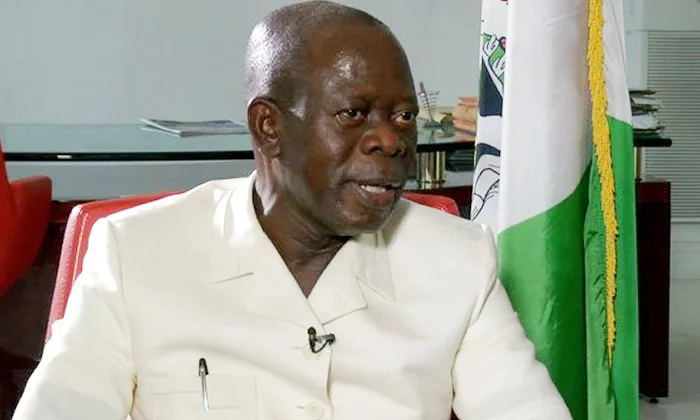 The All Progressives Congress (APC) yesterday submitted the list of presidential and senatorial candidates to the Independent National Electoral Commission (INEC) in a bid to beat the October 18 deadline.
The Guardian learnt that the APC’s director of organisation, Alhaji Abubakar Kari, led other senior staff of the party in a branded vehicle to submit the list around 3:00 p.m.

Dozens of party bigwigs from across the country were seen at the secretariat speaking in hushed tones, uncertain if their names were on the list. The party was also said to have defied INEC’s order by going ahead to present a list of candidates from Zamfara State.

INEC had banned the APC from fielding candidates, after the expiration of the stipulated time.

But a deputy director of information in the commission, Aliyu Bello, said: “As far as we are concerned, the issue of Zamfara is foreclosed.

We are not collecting any list from them, as they failed to meet up with the required standard.”

He added that INEC could not be held liable for the failure of the party to comply with constitutional provisions.

All efforts by The Guardian to see the list proved abortive, as party officials ensured it remained a closely guarded secret.

Among those at the scene was Senator Ovie Omo-Agege (Delta Central), who belongs to a faction of the party in Delta State.

The crisis rocking the APC in the state took a turn for the worse, as a Federal High Court in Asaba restrained the National Working Committee (NWC) from submitting any list from the state to INEC.

In the ruling, Justice Toyin Adegoke had ordered the parties to maintain the status quo till the substantive suit was heard.

The Chief Cyril Ogodo-led State Working Committee (SWC) and others had instituted an interlocutory injunction restraining the APC national chairman, Adams Oshiomhole, from submitting a list of candidates from the Prophet Jones Erue faction.

Adegoke said: “This matter shall be given an accelerated hearing owing to the fact that it is a pre-election matter.

All defendants are to take note of the tendencies of this suit. Parties shall maintain status quo as at today, the 17th day of November 2018. That is the order of this court.”

Also, a group, Benue South APC Justice and Equality Movement, staged a peaceful protest, accusing the minister of agriculture, Chief Audu Ogbeh, of allegedly substituting the names of elected candidates with those of his cronies.

Led by its coordinator, Mr. Akor Ikwuocha, the group urged the NWC to call the minister to order and ensure that candidates who won the primaries were allowed to participate in the general elections.

This came as the National Security Council disclosed plans for a trouble-free election.

Public Relations Officer to the Minister of Defence Colonel Tukur Gusau said the council called for concerted effort from all security agencies and the need for continuous sensitisation of the public by the National Orientation Agency (NOA).

It also called for regular meetings by stakeholders including INEC, local and international observers and the media.

He said: “The meeting recommended the deployment of security agencies to the states to enable the elections to be conducted peacefully and douse tension created by the outcome of political parties’ primaries.

“Another area of security concern includes post-election violence, as desperate politicians may whip up ethno-religious sentiments to create security situation in the country. Also of concern is the proliferation and stockpiling of weapons by some disgruntled elements with a desire to take the law into their hands at the slightest opportunity.”

In a related development, an Oyo State monarch, the Eleruwa of Eruwa, Oba Samuel Adegbola, implored INEC to remain unbiased before, during and after elections. He gave the advice during an election stakeholders’ meeting organised by INEC at Eruwa town hall, Ibarapa zone.

Earlier, Mr. Mutiu Agboke, the Resident Electoral Commissioner (REC) in the state, solicited the support of the Eleruwa in reaching out to owners of unclaimed PVCs.

According to Agboke, 787,930 PVCs were still in the custody of the commission, awaiting collection. “Out of this number, owners of 29,565 PVCs uncollected are residing in the three local government areas in Ibarapa zone.

I appeal to our traditional institutions and politicians to assist the commission in sensitising owners of these cards to come forward for collection.”