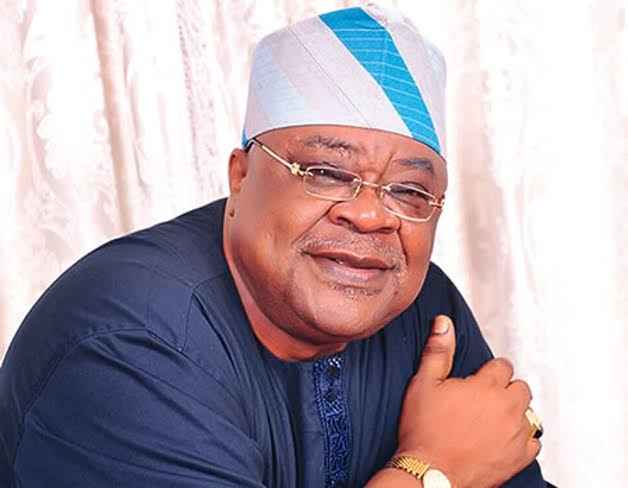 The ongoing reconciliation of the various factions with the All Progressives Congress in Oyo State seems to be far from over.

Even though leaders of the party claimed the battle is over, the recent exchange of words between the Unity Forum and loyalists of former governor Alao Akala indicates that the internal crisis tearing the party apart is still very fierce.

Following the enlarged stakeholders meeting of the party held at the residence of Ekiti State Governor, Kayode Fayemi, in Ibadan, on Sunday, the were reports in some sections of the media that Alao Akala had been appointed the leader of the party in the state.

However, the Unity Forum of the party denounced the report swiftly describing it as a misleading one.

In a statement jointly signed by four of its leaders which include Senator Soji Akanbi, Senator Olufemi Lanlehin, Senator Ayoade Adeseun, and Alhaji Adebayo Shittu, the Unity Forum said the report did not correctly capture what happened at the meeting held at the residence of Governor Kayode Fayemi of Ekiti State in Ibadan on Sunday, September 20, 2020.

The Unity Forum contended that the nature of the meeting as agreed at the peace meeting earlier held in Abuja was subverted when members of the SENACO/ADP/PDP axis of the APC flooded the meeting with about 60 members contrary to the 15 representatives that convener claimed had been invited to the meeting.

The statement also corrected the claim that Akala was appointed the Leader of the party at the meeting.

“The truth is that Governor Fayemi proposed the composition of an advisory council of elders with Otunba Akala as Chairman.

When attempts were made by some contributors that Otunba Akala be made the Leader of the party in the state,this was vehemently opposed on two grounds; One, that the constitution of APC does not make a provision for a Leader. Second, that given the recent experience of the party with dictatorial leadership,the council of elders should provide collegiate advisory leadership for the party instead of creating another possible dictator.

This position became the popular theme in subsequent contributions. The opinion was so overwhelming that in his closing remarks,Otunba Akala angrily rejected the offer to be Chairman of a council of elders.

They are to consult elders of the party in Oyo Central and Oyo South Senatorial zones to nominate three members each into the council.

“Besides, the meeting in Ibadan was on the directive of the National Reconciliation Committee of the APC. The outcome of the meeting is to be reported to the committee which will in turn report to the National Caretaker Committee of the party for final decision. What ,then ,is the basis of the premature announcements of unfounded outcomes if there has not been a grand plan to hijack the party for God knows reason?

“We call on members of the APC in Oyo State to discountenace the false claims on the peace initiative in the party. The cacophony of voices that has trailed the meeting is a confirmation that the Sunday meeting has worsened rather than help resolve the crisis in the APC in Oyo State”,the statement concluded.

But in what was a well-taken slight dig at leaders of the Unity Forum, A former financial secretary of the party, Alhaji Kayode Adanla described them as opportunists .

He stated that those opposed to the leadership of former Governor Adebayo Alao-Akala as the leader of the party are on a mission to destabilize the party.

Adanla maintained that he was not aware of any opposition to the decision taken to make Alao-Akala the party leader, affirming that all issues affecting the party in the state were collectively resolved by all present at the meeting.

Alhaji Adanla also described the four signatories to the statement released by the unity forum as parasites who are using the already resolved crisis to make money from politicians from outside the state.

Going down the memory lane, Alhaji Adanla said the already defunct Unity Forum was birthed to resolve the problem of imposition in the Oyo APC, which he alleged was caused by the late former Governor Abiola Ajimobi, preparatory to the local government election in the state in 2018.

He described Senators Soji Akanbi, Olufemi Lanlehin and Ayoade Adeseun as outsiders who were never part of the defunct Unity Forum at inception, adding that Barrister Bayo Shittu was a passive member who was out to exploit the group.

“We need to set the record straight here. These four people who were said to be the signatories to the statement rejecting former Governor Adebayo Alao-Akala were not members of the defunct Unity Forum in the true sense of it.

“They are opportunists, scavengers and parasites who are using and exploiting the now dead Unity Forum to make money from politicians from outside Oyo State.

“Soji Akanbi can never be described as a true member of the dead Unity Forum.

At best, he was a member in the night and a member of SENACO under the late Senator Abiola Ajimobi in the day time.

“Senators Olufemi Lanlehin and Ayoade Adeseun were never part of the forum. Lanlehin was until recently a member of the ADC where he was pushed out, while Adeseun was also pushed out of the PDP.

“Both Lanlehin and Adeseun just joined the APC and their membership of the party is yet to be ratified. How then can they claim to be members of the Unity Forum which I helped to form in my office in 2018?,” he said.

Adanla further said that Oyo APC would no longer be left in the hands of those he described as moneybags who he said are being bankrolled by some politicians from Lagos and Ogun states.

He also said some of those who are claiming to be leaders of the party, particularly in the defunct unity Forum, are not electable and cannot win the 2023 elections in the state.

“Look at those who are claiming to be the leaders of the unity Forum and who are opposed to former Governor Alao-Akala as the Oyo APC leader. None of them can deliver the state to the party in the 2023 elections, their electoral value is not worth taking to the bank as collateral.

“Professor Adeolu Akande comes from a constituency with a very small voting strength.

“Senator Lanlehin left the ADC for the APC but his former party have told him that he is of no electoral value.

“If Senator Adeseun has the political strength, what stopped him from becoming the PDP candidate in the 2019 elections?

“Gov. Seyi Makinde crushed him in the PDP and buried him politically.Oyo APC has been liberated.We don’t want moneybags or slavery in the party anymore.Power now resides with the people.

“What matters now is your integrity, goodwill, pedigree, honesty and trust. That is what we are building the party on.

“Some of these people claiming to be leaders of the party are the ones getting one federal appointment or the other, but they are not using their offices for the benefit of the people of the state.

“How many members of the party have benefitted from them? They are all using their offices for their selfish ends,

“Oyo state and most especially the good discerning party members should be wary of the destructive tendencies, he said.