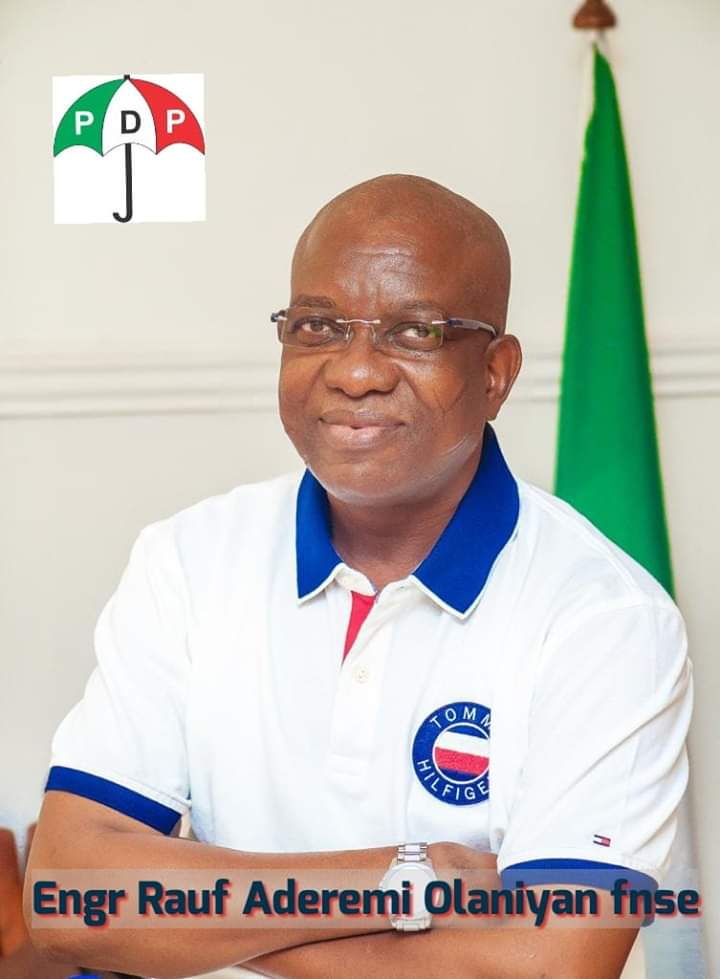 APC And ADC have Been Dismantled In Oke Ogun- Raufu Olaniyan

Deputy governorship candidate of Peoples Democratic Party PDP, in Oyo state, Mr Rauf Olaniyan says both the APC  and the ADC has been dismantled in Oke Ogun, stressing that the ruling party is no longer the party to beat in the state in the forthcoming elections.

He stated this in Igbeti, Olorunsogo local government today while speaking with newsmen ahead of the party ‘s campaign in the council .

The Igboho born deputy governorship candidate, maintained that PDP of yesterday is not the same as PDP of today in Oke Ogun and other zones in the state.

Mr Olaniyan who said PDP has been re-branded noted that the rate at which people are accepting PDP is very high, particularly in Oke Ogun.

The PDP deputy governorship candidate therefore urged people to vote for PDP at both the national and state elections for good governance.