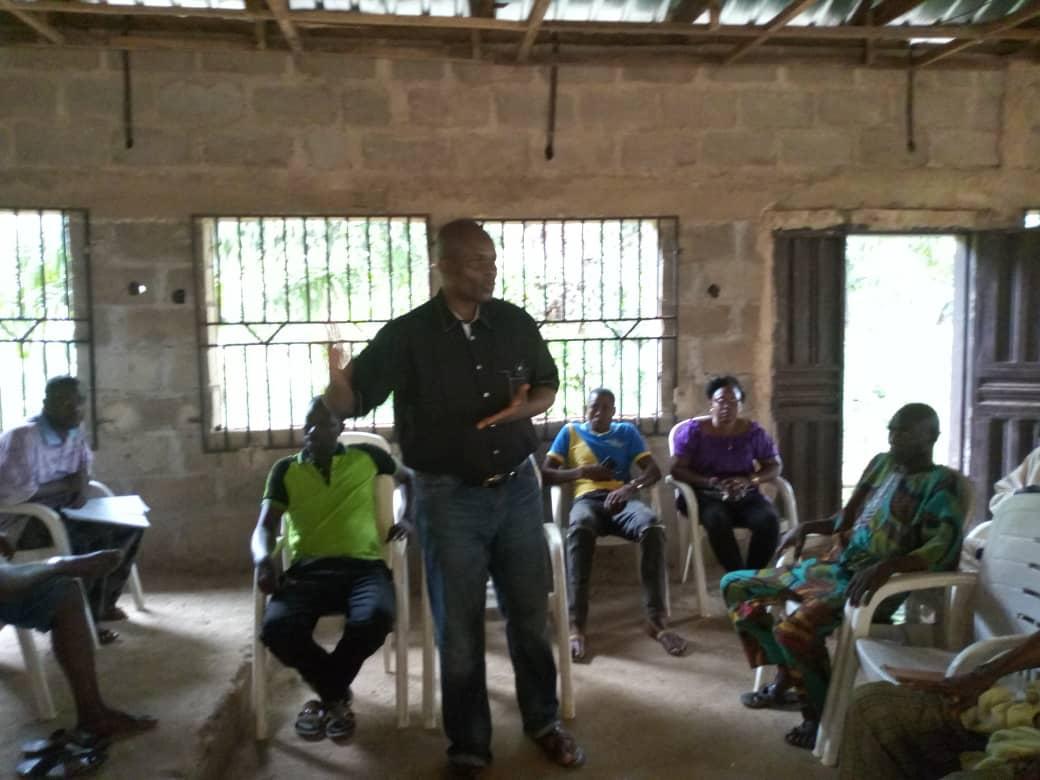 The intent of Dr. Wasiu Adewale Olatubosun to represent the people of Ibadan North West / South West federal constituency assumed another bright note on Thursday as the executive officers of Aba-Alamu Landlord Association adopted his candidacy.

Olatubosun who was led into the specially conveyed meeting of the officers of house owners and tenants by a group of concerned youths of the community appreciated the gathering for according him the honour to be at the meeting.

The chairman of the association, Mr. Tajudeen Ogunjobi in his welcoming remarks urged Olatubosun relay and distinguish his antecedent and mission compared to those who had promised and failed in the past.

Addressing the apprehensive inhabitants of ward 12 of the community in Ibadan South West local government area, Olatubosun said his main motive in the race was not for personal enrichment but to build on his soaring name.

He leveraged on his sterling and unprecedented developmental strides across 11 wards of Ibadan North West local government while his spell lasted at the council administration.

He assured the intending constituents of myriad of people oriented legislations and projects in collaboration with various federal ministries, departments, agencies, local and international agencies.

Chief Lasisi Olagunju, the vice chairman of the association and Mogaji Oganla in Ibadan North West local government extolling the personality of Olatubosun by referring to the construction and functionality of the ultra modern primary health care center and an industrial borehole for the benefit of the inhabitants of his ancestral compound.

He however implored the executive officers of the association to rest assured of having a responsive and responsible representative in Abuja if elected as member of the 9th National Assembly.