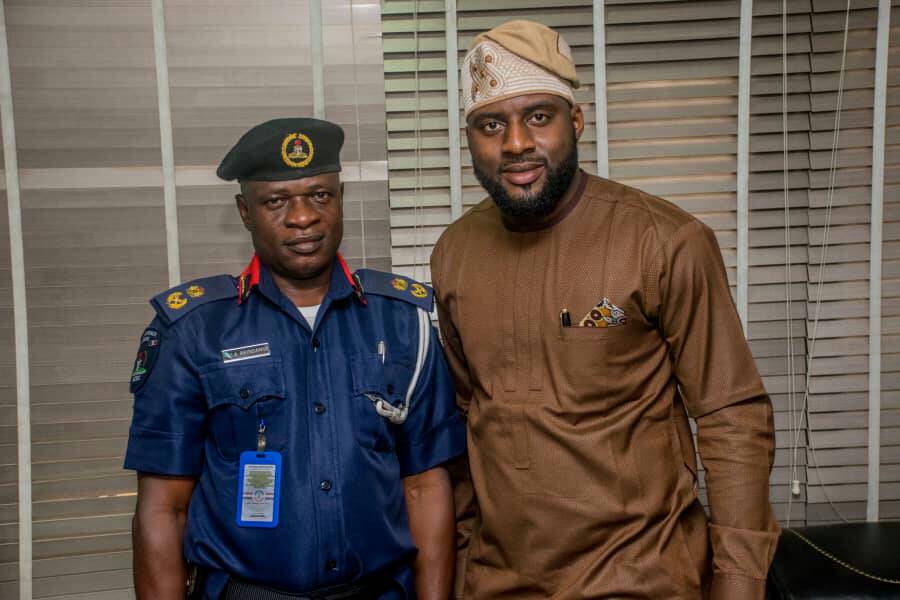 Will Be Useful In Implementation – Oyo Speaker

The speaker, Oyo State House of Assembly, Rt. Hon. Adebo Ogundoyin says the state will benefit immensely from the Agro-Rangers Unit of the Nigerian Security and Civil Defence Corps,NSCDC in its quest to address kidnapping,banditry , herdsmen/farmers crisis and other crimes in the state.

Hon Ogundoyin said the Agro-Rangers will also be useful in the resolve of the Oyo state Government through the House of Assembly to regulate activities of herdsmen.

The Speaker said this when he received the new Commandant of the NSCDC who just got posted to Oyo state Command, Iskilu Abiodun Akinsanya and the head of the Agro-rangers unit of the Corps in his office today at the state secretariat, Ibadan.

According to the Speaker, a law is useless and will not achieve the desired result if not adequately enforced and implemented. 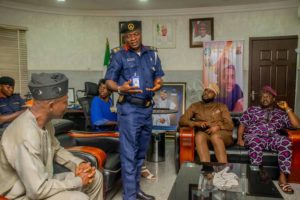 While welcoming the new Commandant to Oyo state,Hon Ogundoyin lauded NSCDC for its grassroot oriented security and maintained that the personnel in the Agro Rangers unit of the corps will work with other security agents to secure already identified hot spots in the state.

The Speaker hinted that the NSCDC and other security agencies will be invited to contribute to the anti-open rearing and grazing bill before it is eventually passed into law.

He assured that Oyo state Government will give necessary moral and logistics support to the Civil Defence Corps to enable its discharge its duties maximally.

“We are well pleased with the activities of NSCDC in Oyo state and particularly with the new unit, the Agro -Rangers which will help to protect both the farmers and the Fulanis/herdsmen who engage in lawful activities and this will ultimately increase investment in agriculture and boost food security” the Speaker said

In his speech ,the new Oyo state NSCDC Commandant who resumed duty three weeks ago said he came to familiarize himself with the leadership of the Oyo Assembly as well as inform the legislative arm of the Agro-Rangers who just concluded their training in Katsina state.

He explained that the officers had received training in different security fields especially in the modern day crime fighting, intelligence gathering and weapon handling and pledged their readiness to help in further securing  Oyo state.