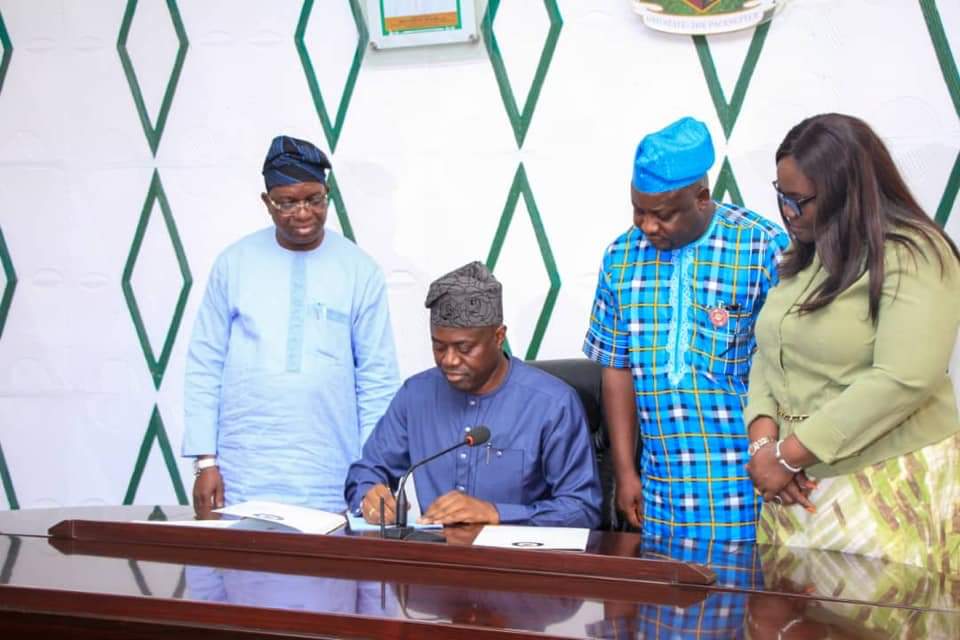 Anti-Corruption Bill: If You See Something, Say Something, Makinde Pleads As He Signs Bill Into Law

The executive governor of Oyo state, Engr. Seyi Makinde has domesticated the long awaited anti-corruption bill into law in Oyo state with a view to curb all forms of corruption and corrupt practices in both public and private sectors.

The governor, while giving a brief speech shortly after signing the bill into law amidst the state executive council as well as the speaker, Oyo state house of assembly who was represented by the majority leader of the house, Hon Sanjo Ogundoyin, stated that the law is not in place to witchunt anyone as it is aimed at protecting the state resources from those who see positions of power both in public and private sectors as opportunity to steal public funds for personal aggrandizement, stressing that there is nothing to be afraid of as far as the law is concerned, and that the state government is committed to guarding the scarce resources of the state up to the local government level just as it is committed to bringing good governance closer to the people at the grassroots. 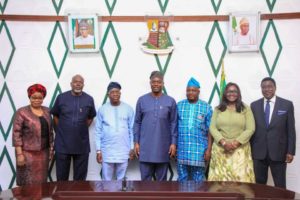 Governor Makinde stated further that corruption, if not checked could kill the development and progress of any society.

He said that the anti-corruption law is neither to witch-hunt APC nor PDP members as it is a law meant to protect Oyo state.

Governor Makinde reaffirmed that he has not reneged on his earlier declaration to wave his immunity as the executive governor to face any charge that may be pressed against him if found culpable in any corrupt practice adding that if he, as the governor is not above the law then no member of the state cabinet is above the law.

He cautioned members of his executives to avoid the temptation that may come as a result of the offices they occupy noting that temptation will always come but they must always ensure to live above board in order to maintain the integrity of the present administration.

He said “There is nothing to be afraid of really. Why we have domesticated the anti-corruption law, just as we want governance to get closer to the grassroots, the same way we have to guard the resources of the state and local government up to grassroot level because corruption kills the society. When money meant projects, money meant for salaries, money meant for certain developmental initiatives are diverted then, we miss the opportunity.

“So we believe that we have to tackle corruption, and I said it during my inaugural address as the executive governor of Oyo state that I will be ready to wave my immunity to face any corruption charges against my person and I still maintain that position.

“We know for a fact that if we tackle corruption, then we have enough resources to take care of our people and that is exactly what the law is meant to achieve.

“I want to implore everybody, the citizens of Oyo state to please say something if you see something, and we will act.”

Governor Makinde however cautioned anyone or group of persons who may want to use the law to settle personal scores to have a rethink adding that anyone who makes a frivolous petition would also be sanctioned as such act is corruption in itself.

Fayemi Flags off EKIFEST, Upgrades Bureau Of Arts And Culture To A Ministry