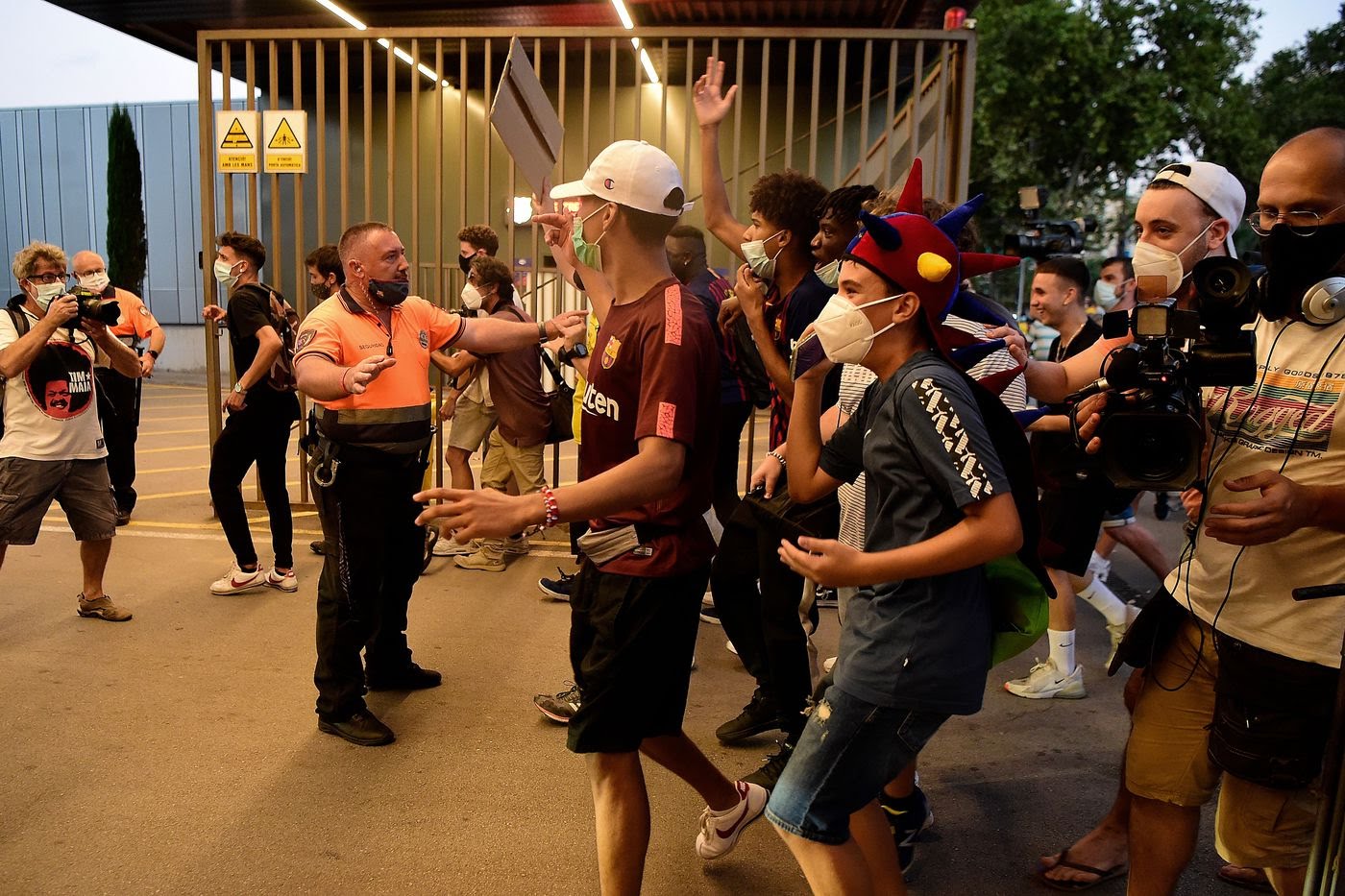 Embattled Barcelona fans on Thursday night, August 5, gathered in front of the Nou Camp to express their annoyance over the announcement that the club’s legend Lionel Messi will leave.

The news by Barcelona chiefs about the departure of Lionel Messi came as a shock to all fans of the club and other football followers who were expecting the Argentine to sign new deal.

Despite his decision to stay at the club on lower wages, Barcelona chiefs were still not able to register Lionel Messi for the coming Spanish La Liga season due to the rules.

According to the report on UK Sun, Barcelona chiefs regretted not to have tied Lionel Messi down for a new contract as Manchester City or Paris Saint-Germain could be his next destination.

Barcelona said: “Both parties deeply regret that the wishes of the player and the club will ultimately not be fulfilled.

“FC Barcelona wholeheartedly expresses its gratitude to the player for his contribution to the aggrandisement of the club and wishes him all the very best for the future in his personal and professional life.”

Barcelona fans are however, still not happy with the club’s inability to make Lionel Messi sign a new deal which made them gather at Camp Nou to protest against the new development.