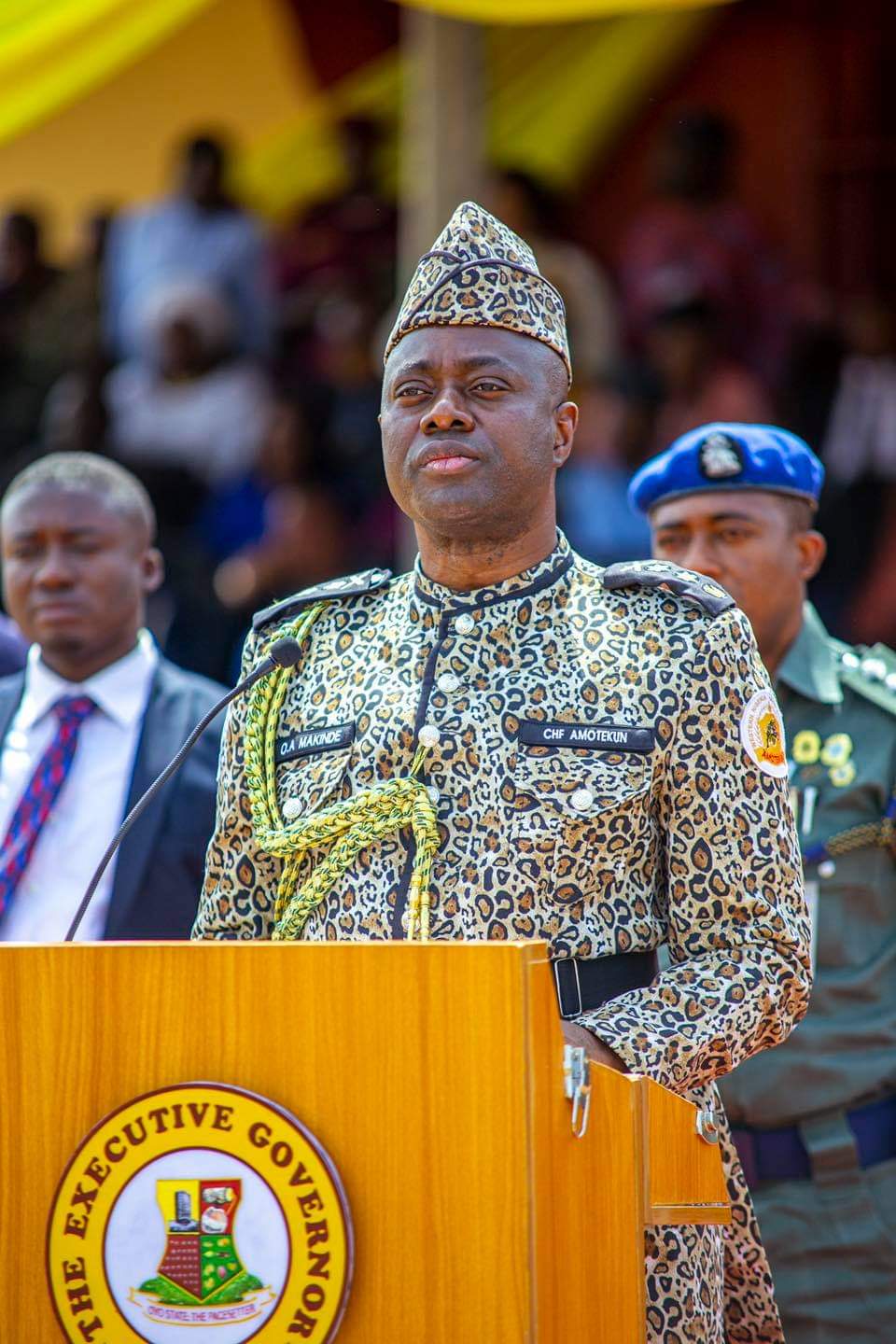 Amotekun Is Our Local Response To Crime, Says Makinde

….To present 2021 Budget to House of Assembly next week

A statement by Mr. Taiwo Adisa, the Chief Press Secretary to Governor Makinde, quoted the governor as saying this while speaking at the Passing-Out Parade of the 1,500 pioneer Amotekun Corps, held at the Emmanuel Alayande College of Education, Oyo.

He added that the six states of the region would fight a common enemy- elements who appear determined to cause commotion and perpetuate crimes.

He highlighted the efforts of his government in improving the security sector by supporting the federal security agencies in the state with the provision of patrol vehicles, communication gadgets and other logistic support.

He added that the approval and establishment of a Police Mobile Force 72 Squadron at Ago-Are, Oke Ogun area of the state by the Inspector-General of Police, as well as provision of vehicles and logistic support for the squadron was another step taken by his administration to boost security, adding that the government has equally requested for another Police Mobile Force base in Oyo town. 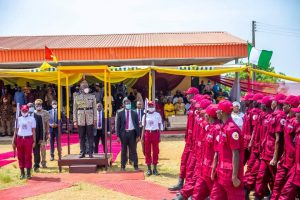 He, however, expressed confidence that advocates of state police would, one day, get enough support at the national level to achieve the constitutional review.

He charged the Corps to exhibit the highest level of professionalism in the discharge of their duties, adding that none of them must be seen harassing individuals.

The governor also stated that the Agency will also be involved in routine day and night patrols on major roads and remote areas, as its members will be drafted to all the 351 wards in Oyo State.

He warned members of  the corps to be of good conduct and display excellent behaviour at all times.

He also told the gathering that the 2021 budget of the state has been approved by the state’s executive council, adding that he would present it to members of the state House of Assembly next week.

The governor said: “As I said during the official launch of this outfit in January 2020, our regional integration, through Amotekun, should be seen in one light. We are coming together to fight a common enemy. That enemy is not Nigeria; the enemies are the elements among us and their affiliates, who are determined to cause commotion within our states’ borders and threaten our peaceful coexistence.

“When the story of the Western Nigeria Security Network, codenamed Amotekun is told, it will be on record that it was officially launched on January 9, 2020. However, the Amotekun journey began earlier. In July 2019, the six states of the South-West, namely Ekiti, Lagos, Ogun, Ondo, Osun, and Oyo States, agreed to set up this outfit.

“Amotekun is, indeed, a first of its kind security agency, because it is a regional security outfit initiated by one of Nigeria’s six geopolitical zones. History will also state that the headquarters is here in Ibadan, Oyo State.

“Since its founding, we have been taking steps to ensure that the security outfit commences  operations. In March 2020, the Oyo State House of Assembly passed the Oyo State Security Network Agency Bill 2020, which I signed into law a few days later.

“Shortly after that, their training began in the first week of November. And today, we are here to witness the passing out parade of the pioneer members of the Amotekun Corps. And I am sure you have seen their performance. Was it awesome or not?

“Security has always been an issue close to my heart. While on the campaign trail, I spoke about how we could tackle insecurity in Oyo State. We outlined clear plans in our manifesto, the Roadmap to Accelerated Development in Oyo State 2019-2023. And so, when we came into office, we went ahead to make security one of the pillars of our administration.”

Governor Makinde reiterated his position that he should be held responsible for the conduct of the Amotekun Corps in the state, saying: “As I said during one of my speeches following the End SARS protests, this is one outfit that I can boldly say, and I am saying it, ‘hold me responsible for the actions of the members.

“Therefore, let me state that you, 1,500 pioneers of the Amotekun Corps, must remain excellent examples in service.

“You are to work for the people. You are not called to harass or intimidate the people. Instead, exhibit the highest level of professionalism in the discharge of your duties. Remember that there are limits to your authority, and always follow directives from the chain of command.

“We have appointed two qualified men as chairman and commandant of the Amotekun Corps, the persons of retired General Ajibola Kunle Togun and retired Colonel Olayanju Olayinka. We also have other eminent persons on the board. I am confident that under them, the Amotekun Corps will live up to their objectives.”

Earlier, in his remarks, the Commandant of the Amotekun, Col. Olayinka Olayanju (rtd ), promised to work effectively to secure the lives and properties of the people in the state.

“We promise you that we are ready to work hand in hand. They are well-informed and well-equipped to take care of how they conduct themselves and relate with other security agencies,” he said.

Oyo To Begin Payment of Gratuity of Post-2019 Retirees