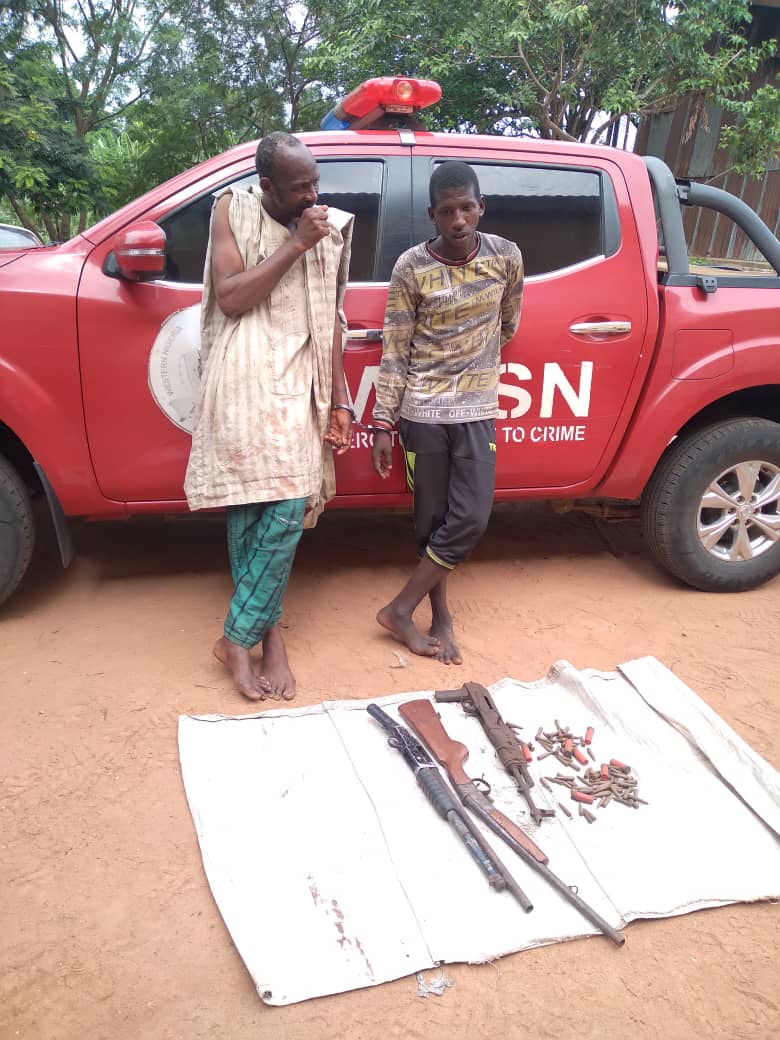 Two Fulani herdsmen suspected to be bandits met their waterloo at Alapa village, Lanlate as they were arrested by the Oyo state Security Network Agency, Ibarapa East Local Government.

They were arrested for having in possession with them AK 47 riffle, Pump Action, a Dane gun, 82 rounds 7.62 ammunition and 7 cartridges among other harmful weapons.

The two suspects Mumini Saliu aged 45 and Ibrahim Suleiman aged 25 were said to be roving around the area alongside their cows with those ammunition.

The suspects have been handed over to appropriate authorities for further investigation.

Residents remain hopeful that security measure will continue to remain a priority.