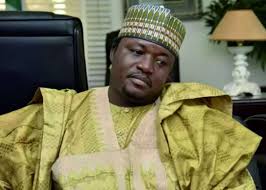 In a swift twist, this initiative has gained the support of Shettima Yerima, who is the head of Arewa Youth Consultative Forum (AYCF).

Rather than join some northerners calling for disbanding the security outfit to criticise the initiative of the governors in the south west region, Yerima is urging their northern counterparts to begin to consider replicating Amotekun in their own region, which is heavily bedevilled by kidnappings, banditry and other forms of crimes.

Yerima called the initiative a noble one, especially considering the rate of crime across the country currently and lauded the courage of the governors.

He urged the federal government to end the controversy surrounding the creation of the group and tagging it illegal.

According to him, the government at the centre should provide the opportunity to liaise with the governors to ensure that the idea succeeds.

Yerima, who described himself as a strong supporter of devolution of policing to the community level added: “I believe that Amotekun is a right step in the right direction which should be supported by all well-meaning Nigerians.”

He stated further: “As far as I am concerned the north should get ready to start its own version of Amotekun in order to be able to tackle the rising wave of insecurity in the region. It is only when one is alive that there could be governance.”