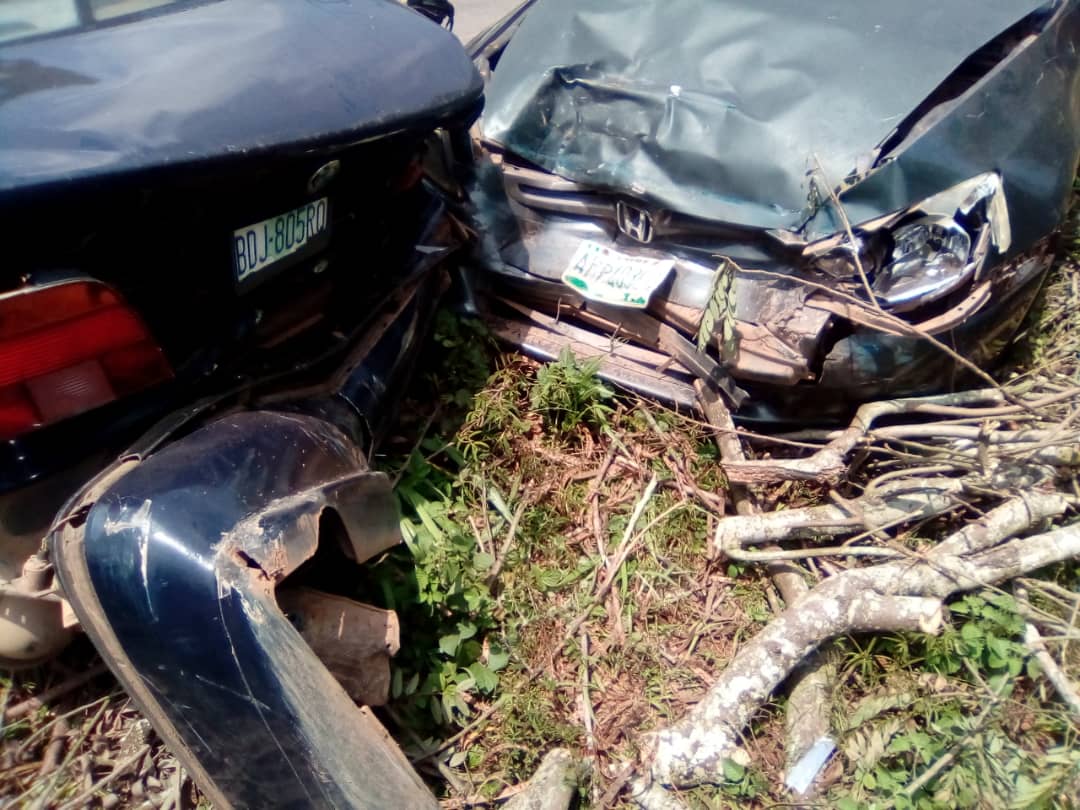 Three victims of a ghastly auto-crash have been successfully rescued by the FastTrack Emergency Rescue Operations team (FERO) of the Oyo State Road Transport Management Authority (OYRTMA) in Ibadan amidst massive anti-SARS protests that has nearly brought vehicular movements around major highways to a standstill.

The incident which occurred around 1000hours of today 13th October 2020 along the Premier Hotel road involved a Honda Accord car, BMW, Isuki Jeep and a Hyundai Jeep after a break failure on the part of one of the vehicles which subsequently had collision with others moving in it’s front.

While there was no death recorded in the RTA, three (3) victims with various degrees of injuries were rushed to the University College Hospital, Ibadan by the OYRTMA Rescue Team. 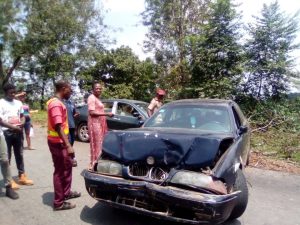 You would recall that the advent of Governor Makinde’s administration birthed the commencement of our Fast-Track Emergency Rescue Operations (FERO) whose goal was to get to any location across the State where there had been an accident (fatal or not) involving casualties that requires emergency medical attention in the shortest possible time. To make this realistic and easy, Governor Makinde had procured a well-equipped Ambulance with seasoned medical personnel to oversee the FERO.

In another development, the Executive Chairman of the Authority, Mogaji (Dr.) Akin Fagbemi while addressing Officers deployed to man major highways across the State in the wave of the ravaging anti-SARS protests, implored Officers to maintain high level of professionalism in the discharge of their statutory responsibilities and not be engaged in or meddle in the affairs of the peaceful protesters harping on Governor Seyi Makinde’s position that peaceful protests remains an unalienable right of the citizens and thus should not be hampered.

In his words, Dr. Fagbemi said, “gentlemen and officers, as we man our posting units today, we must recognize the traffic challenges that these multiple protests would trigger across the State. I implore you all to discharge your responsibilities across the major areas prone to traffic just as we have initially publicized a travel advisory to motorists to shorn areas such as Iwo-Road Interchange and Government House road and utilize other alternative routes to mitigate the effect of the expected traffic congestion that would result from the protest which we are confident is under a firm control of the State Government particularly as the Executive Governor, Engr. Seyi Makinde has expressed his maximum readiness to address, head-on, the demands of the peaceful protesters”.

The Chairman further said “while a central coordination team headed by myself would monitor events as they unfold, Officers and men of the Authority are urged to remain vigilant as the negligence of anyone means danger for all and the vigilance of everyone means safety for all”.

He equally beseeched motorists to drive very carefully at this time at a maximum average speed of 60-80Km/hr as the case may be.