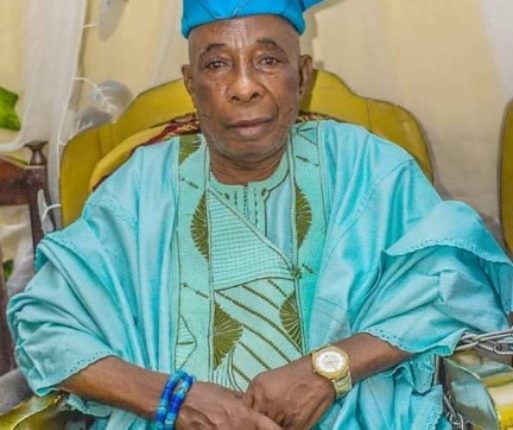 The Peoples Democratic Party Senatorial Candidate for Oyo Central, Chief Luqman Oyebisi Ilaka has expressed deep sadness at the passing away of a prominent member of the Oyomesi, the Alapinni of Oyo land, High Chief, Alhaji Abdul-Rasheed Shehu describing his death as the loss of a foremost community leader, an advocate of peace whose departure will be very much missed.

In a statement signed by Omolere Omoetan, Media Director Ilaka campaign council, quoted Ilaka as saying that ” High Chief Abdul- Rasheed Shehu gave outstanding performance as the Alapinni of Oyo land and represented the Oyomesi well during his lifetime.”

Bisi Ilaka who Is the Ladilu of Oyo kingdom particularly lauded the late Alapinni describing him as a leader who is well known for promoting values of peace and stability in Oyo kingdom.

The PDP Oyo Central Senatorial Candidate noted further that Alhaji Shehu brought respectability to the position bequeathed to him by his fathers and that the vacuum his demise has created will be difficult to fill, more so when his experience and wisdom is needed now in navigating the tedious process of choosing a new Alafin of Oyo.

While consoling his family and the entire sons and daughters of Oyo land chief Luqman Oyebisi Ilaka noted that ” though the Alapinni’s death is painful, we should however take solace in knowing that he was a courageous man who did everything possible to preserve the culture and tradition of his people.”

Ilaka prayed that Allah forgives his sins and grant him Aljana Firdaus.