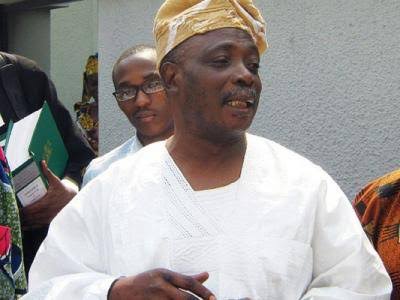 Alao Akala Lied He was Given Responsibilities As My Deputy: Former Oyo Gov Senator Ladoja

Former Governor Rashidi Adewolu Ladoja of Oyo State has debunked claims by his erstwhile Deputy, Otunba Adebayo Alao-Akala, alleging that he was handicapped by the Ibadan High Chief from performing his role as a lieutenant.

Alao-Akale had insinuated that Ladoja did not allow him to perform his constitutional duties while they were both Governor and Deputy between 2003 and 2007.

The statement credited to Alao Akala, was countered by Ladoja media aide Alhaji Lanre Latinwo who explained that though his boss was not interested in mundane issues, he would merely like to put the records straight for posterity.

The Media Assistant noted that before Alao-Akala became what he termed a ‘Judas’ in Ladoja’s administration, his then boss saddled him with responsibilities of Local Government Affairs and Parastatals Monitoring in the State.

The utterances of the former Deputy, according to Latinwo ‘’was utterly untrue, mischievous and misleading, noting that the estranged Deputy Governor was ‘’being economical with the true.
‘’The claims that Alao-Akala was not allowed to perform while in Office as Deputy to Senator Ladoja, is a figment of his imagination because as a one-time Senator of the Federal Republic of Nigeria, the former Governor is adequately equipped with the law.
‘’Alao-Akala was just being economical with the truth because he was presenting to the public a different scenario as against what really took place when he was Deputy
to Senator Ladoja.
“At 70, why is Otunba Akala trying to rewrite history by telling what can be best described as white lies”.
Latinwo explained that after Ladoja’s impeachment saga and Alao-Akala, was dubiously picked to fly the party’s flag and represent the State as candidate at the 2007 Governorship election.
Ladoja was of the opinion that the estranged Deputy did not and still does not have what is needed to lead.
‘’To allow him to focus on his electioneering, then Governor Ladoja shed the assignments given to him (Alao-Akala) in order to focus on his campaign’’, said the statement, explaining that he was not given any other responsibility having become the gubernatorial candidate of the People’s Democratic Party (PDP).