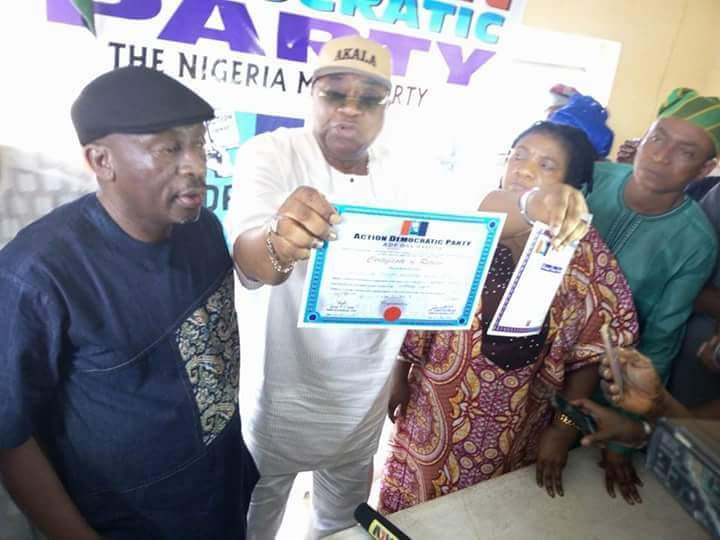 Former Governor of Oyo state Otunba Adebayo Alao-Akala has been issued a Certificate of Return as Gubernatorial Candidate of the Action Democratic Party (A.D.P). in Oyo State for 2019 governorship election. This is according to a release signed by Mr. Jeremiah Akande Head of New Media and Public affairs Akala Campaign Organisation.

This came to being after a Ratification exercise carried out on Saturday 6th of October, 2018 at the Party’s Secretariat along Mokola Sango-U.I Road, Oremeji, Mokola Ibadan where Otunba Adebayo Alao-Akala emerged as the Gubernatorial candidate of the Party.

The process had National officers of the Party from abuja led by Dr. (Mrs.) Oliza the National Organizing Secretary of the party and Hon. Iboro Ige-Edaba who is the National Treasurer in attendance was witnessed by INEC officials from the State headquarters in Ibadan.

In view of the above, the PRESS release directed all faithful and loyal supporters of His Excellency, Otunba Adebayo Alao-Akala are hereby enjoined to collapse all Structures and Groups within the ALAO-AKALA political family into the Action Democratic Party (A.D.P) with Immediate effect,