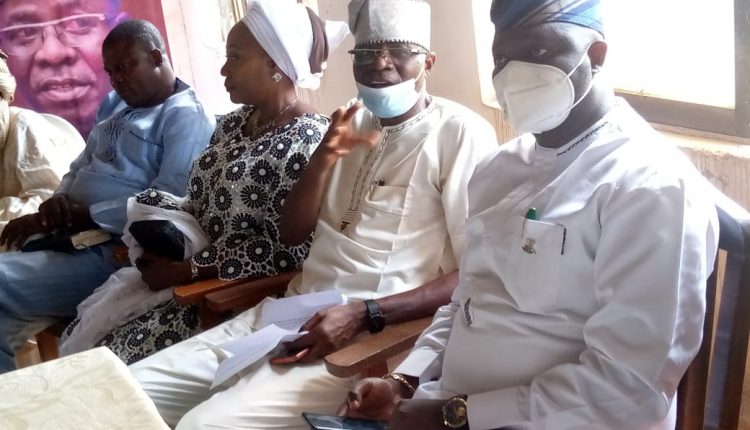 Sunrisebulletin learnt that the current Executive Chairman of the Local Government, Hon. Kazeem Gbadamosi was the last occupier of the office until the appointment of Alhaji Latinwo by the Executive Governor of Oyo state, Seyi Makinde. 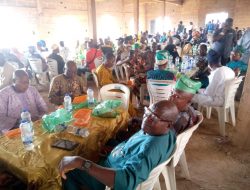 Speaking at the reception ceremony organized by the LCDA to welcome Latinwo to his Olounda office, the former Chief Press Secretary to ex governor Rashidi Ladoja expressed his gratitude to Governor Makinde for the opportunity to serve his people at the grassroots which according to him is a home coming as both his parents are from the area.

Earlier in his opening address, Latinwo who is popularly known as ‘Lambash’ could not contain his joy when he described Makinde as a development architect, grassroots mobilizer, and economic wizard saying that God at His time decided to rescue Oyo State after much supplications by sending Governor Makinde as the Biblical Moses to put an end to the modern day slavery brought upon the people by the last administration noting that the Governor has brought about all round development to the state in less than four years.

Latinwo who commended Governor Makinde’s four cardinal pillars as drivers of all other economic policies and programs of the present administration said Lagelu West LCDA will immediately key into them in order to replicate the success recorded at the state level at the LCDA by vigorously pursuing people-centered policies and programs geared towards improving the LCDA’s internally generated revenue through agricultural value chain, security, and improved primary healthcare among others.

He assured that serious attention will be given to ongoing projects in the LCDA while placing high premium on workers welfare. He stressed that community development engagements such as harnessing potentials and government resources at various markets to achieve the desired IGR which will accelerate improvement on road infrastructures, as well as waterways and repairs of damaged drainages will be pursued.

“I wish to assure you all that all attention shall be given to ongoing projects as we work towards integrated development of our LCDA while placing adequate premium on workers welfare and the overall development of Lagelu local government.

“To further boost the economy of Lagelu West LCDA, we shall collaborate with critical stakeholders through relevant authorities to attract micro, small, and medium scale industries with high value chain so that we will be able to at the end of the day create what I love to call revolving wealth.

“As we embark on this developmental stride, we assure you all that no part or segment shall be left out viz a viz education, agriculture, health, commerce and industry, community development, women affairs, youths and social development through sports and others.” Latinwo said.

Latinwo who solicited for the support of traditional rulers,to appealed for the maximum cooperation of the HLA and other career officers in the LCDA stressing that they are are the engine room through which his office can successfully achieved its mandate.

In his remarks, Hon. Akintunde otherwise called ‘AKT’ implored career officers and other political Appointees to join hands with the new Administrator to bring about the desired development to the LCDA urging the elected Councilors and appointed Supervisory Councilors shun rededicate themselves to serve the area as against pursuit of personal benefits.

Hon. Gbadamosi in his remarks also urged the new Administrator to serve with the fear of God and love of humanity noting that there is always reward for such services. He hinted that many would approach his office with selfish and fictitious proposals disguised as something good and worthy of implementation urging him to be very clever in handling issues.

The traditional ruler, Ololounda of Olounda and other religious leaders who spoke in their separate remarks commended Makinde for appointing Latinwo as the new Administrator describing the appointment as a square peg in a round hole. Everyone were however, treated to an elaborate reception where there was so much to eat and drink.

SOUN: IT IS A PERSONAL LOSS…. Alao-Akala