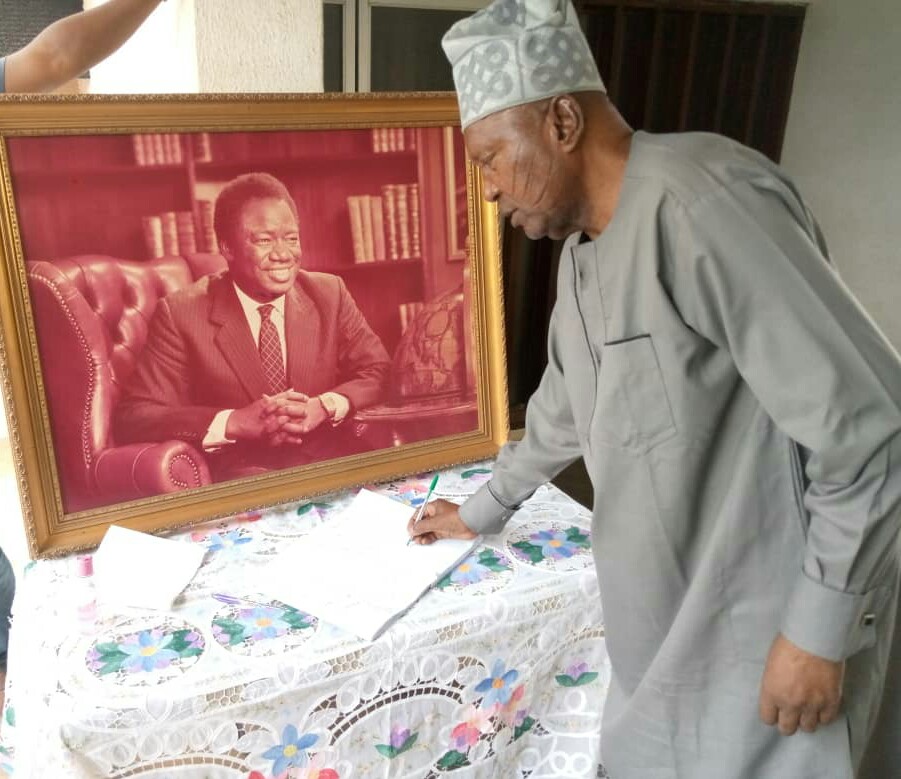 Following the death of Nigeria’s second republic attorney general of the federation, Chief Richard Akinjide, the Oyo state chapter of Peoples Democratic Party (PDP) has sent a delegation of the state excos headed by the state chairman, Alhaji Omokunmi Mustapha on a condolence visit to the family of the deceased.

The party said that words could not describe the pain news of chief Akinjide’s demise has brought to the party in the state adding that his shoe may be too big for anyone else to ever step into.

Alhaji Mustapha described late Chief as a naturally born leader stressing that it was his leadership skills and qualities that has won him countless accolades and accomplishments in which the PDP family as a whole takes pride, adding that his large heart endeared him to so many people across different divide.

Alhaji Wasiu Adeleke while expressing his grief stressed that chief Akinjide was a stabilizer in time of crisis, he further described him as an unrepentant PDP faithful to the core who would never change his ideology and philosophy to impress others for any gratification.

Engr Akeem Olatunji, the state publicity secretary of the party in his remark expressed mixed reactions of sadness and comfort.

“I’m short for words because even though I never had the privilege of having one on one contact with him during his lifetime, my relationship with Oloye Jumoke Akinjide as a party faithfuls attested to how I personally feel as the party spokesman in the state after hearing of his death.”

The party however expressed the desire to liaise with the family of the deceased considering the current state of global pandemic to participate in the burial arrangement as one of the party’s founding fathers in Nigeria and an illustrious son of Ibadanland who in his lifetime represented the state at the biggest stage.