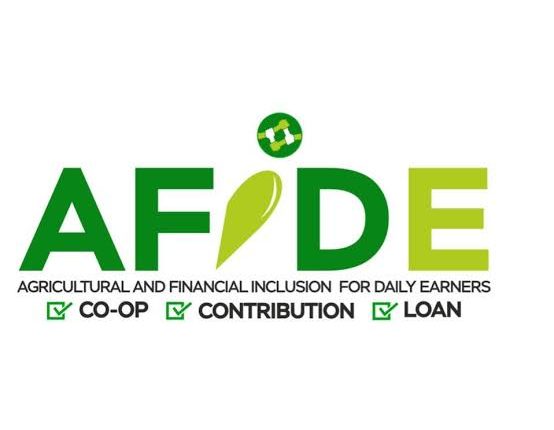 The management of Agricultural and Financial Inclusion of Daily Earners (AFIDE), which has been described to be the fastest growing loan, savings and cooperative initiative in Ibadan, the Oyo State capital, has reiterated it’s commitment to the firm’s clients and the general public stressing that the company remains devotedly committed to the terms and conditions that bound the contractual agreement between the finance house its loan clients.

This according to AFIDE is coming on the heels of unscrupulous elements who are bent on tarnishing the well established good image of AFIDE invaded the company’s offices, harassed some staff members, destroyed some properties and carted away other valuables over what it described as an unavoidable delay in payment of their returns on investment.

In a statement signed and released by the Public Relations Manager of AFIDE, Mr. Ayoola Peculiar, the company urged the investors to remain calm saying that everybody will get paid as soon as possible.

“Violence and destruction of properties are not the way forward as payment is guaranteed and currently ongoing. Please be assured that that those that are yet to be paid will be duly paid very soon”, Mr. Peculiar said.

He also urged the general public to disregard any false and malicious information as well as any other character assassination being maliciously peddled around by some unidentified individuals, especially those who are not part of their investors.

“AFIDE hereby admonishes its members to disregard the slander and denigration been peddled around by naysayers regarding the payout on their investment and remain calm as plans to ensure remittance to those concerned are already in place.” He stated.

He said AFIDE is not one of the scams that is used to defraud people of their hard-earned money as the founder of the scheme is a professional financial expert who has his name and image to protect.

Mr. Peculiar also said that all those arrested for vandalization of AFIDE offices and harassment of staff members have been released by the police as the company has no interest in pressing charges against them.

He also revealed the the company’s activities is never shrouded in secrecy as the information about payment of investors returns is in the media spaces, promising that the company will continue to be transparent with its clients.

He reiterated that AFIDE has come to stay, stressing there is no ground and rationality for anyone to be worried over the credibility of the scheme.