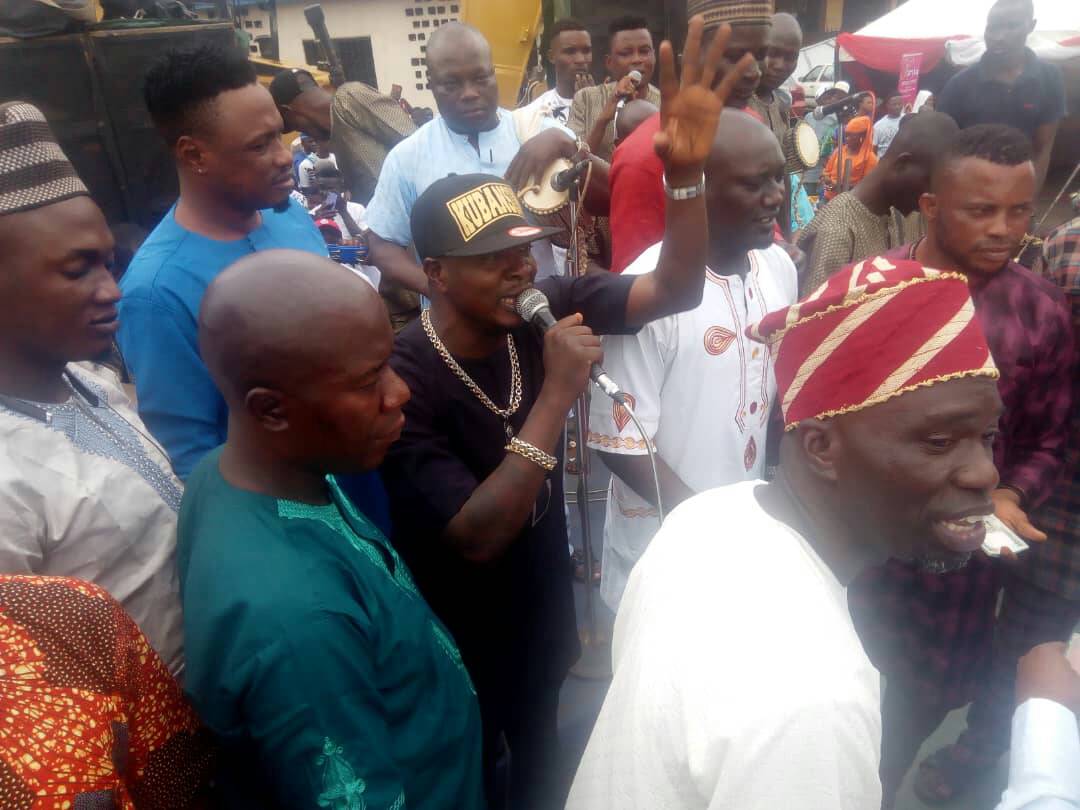 The federal lawmaker representing Ibadan North East/Ibadan South East federal constituency at the House of Representatives, Abuja, Honorable Abass Adigun Agboworin has used the occassion of the Eid El Kabir celebration to host his party, the Peoples Democratic Party (PDP) and his federal constituency to a thank you party for the trust and supports given to him to emerge as their representative at the green chamber of the National Assembly.

In a brief interraction with newsmen at his paternal home in Ibadan on Sunday amidst his family members, Hon. Agboworin reveals the driving motivation behind his determination to abandon his luxurious life of comfort in United States of America where he was based and worked as a soldier in the US army for many years before returning home to Nigeria. He stated that his desire to improve the quality of life of his people inclusive participation  resulted in his return home.

He stated that he would have done the Thank you party long before now but shortly after the election of 2019, he lost his father who was a strong pillar and driving force to his success, he stated further that the pain and grief was too much to bear when the unfortunate incident happened which was why the Thank you party was postponed till the sallah period.

Agboworin assured that his key plans for his federal constituent is not just distributing cash gifts to people but to create a platform for self development through job employment so that people can become financially self reliant in order to become better members of their families and the society. Among his plans as revealed by the federal lawmaker are bi-annual Vocational trainings and financial empowerment scheme, attraction of federal government presence to his federal constituency by way of developmental projects, provision of basic social amenities among others.

He particularly thanked members of the Peoples Democratic Party, Oyo state chapter and party executives at his federal constituency for their faith and trust in him before, during, and after the election. He therefore, as a show of appreciation gifts all party excos at the state level, local government level, and ward level with cash gifts.

He said “When i was in US i was a member of the US army and i have travelled across the world for different trainings and missions, there is no year that we do not go for international trainings outside the US and through dedication and hardwork i rose to the rank of platoon comander, in all my travelings around the world i observed that most countries of the world are all in the process of evolving and growing as a people at different stages, each time i visit Nigeria from US, K feel very sad with the level of unabated poverty in my community and the absence of common social amenities that should be necessities of life that has turned luxury as a result of bad leadership, i also observed that if we continue to mind our private businesses in our different chosen careers, incompetent people will continue to be at the helms of our collective affairs and keep messing us up as a people so, i made up my mind and decided to return home to my people to join politics so that i can bring physical developments to my communities and my people, and here we are.”

Also at the event is the ace Nigerian fuji star Taye Currency (a.k.a Baba Honorable) who reeled out fresh tunes and entertaining songs to the cheering of the mamoth crowd.

Honorable Adigun Agboworin however, promised to commence the implementation of his vocational training and empowerment soon as he noted that machineries are already in motion for the first phase.