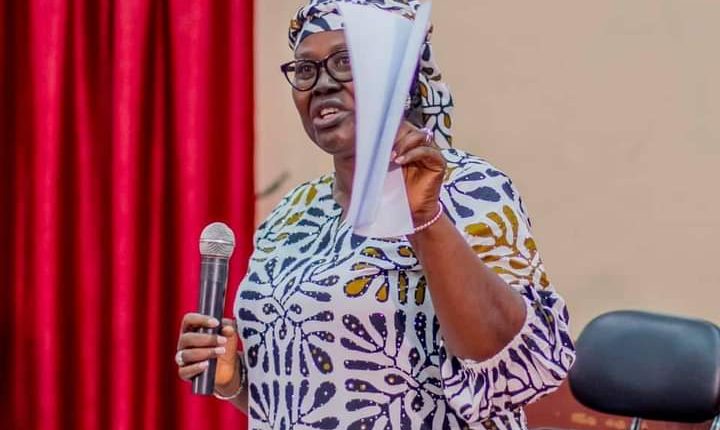 The two other Bills passed into Law by the legislature are Hotel Occupancy and Restaurant Consumption Tax Bill, 2021, and the Oyo State Audit Commission (Amendment) Bill, 2021.

It will be recalled that Honourable OLADEJI who just bagged two prestigious award from Ogbomoso and Oyo State Council of the Nigerian Union of Journalists (NUJ) has been at the forefront of campaign against all forms of abuse against Minor, Women, as well as violence against persons in Oyo state.

Some of her latest bills already passed into law include Violence Against Persons Prohibition Law, 2020, Dogs Amendment Law, and Oyo State and Oyo State Maternity Law, 2020 among others.

According to Hon. OLADEJI in her report, the Chairman House Committee on Women Affairs said the Oyo State Gender-Based Violence Response Team and Referral Centre Bill, 2020 just passed into law was another milestone in the effort to put an end to all forms of violence against girls, women and all categories of persons.

The two term lawmaker at the state House of Assembly explained that the response team and the referral center will help to coordinate all the activities and programs aimed at addressing gender-based violence in the State.

The other two bills were passed following the presentations of reports of the committees that considered them.

Reading the Committee report on the Hotel Occupancy and Restaurant Consumption Tax Bill, Hon. Isiaka Kazeem (Oyo East/West) noted that the bill would help in; increasing the internally generated revenue of the State, and commended the House of Assembly for the passage of the bill.

Hon Mustapha explained that the law was amended to ensure that offices of the Auditors-General at both the State and Local Government levels are competitive and tenured.

“We have surpassed past Assemblies in terms of passage of bills, motions and resolutions. We have over 70 bills and we are still counting. To God be the glory.”

He commended the Committees that worked on the three bills, adding that the reports were thorough and painstaking.

The Speaker used the medium to appreciate all the lawmakers for their commitment in the outgoing year , and urged them to make the new year better in terms of commitment, dedication and achievements.

This is just as the House adjourned Plenary sitting for the end of the year in order to embark on break to observe the Christmas and New year break. House to resume on January 18, 2022.