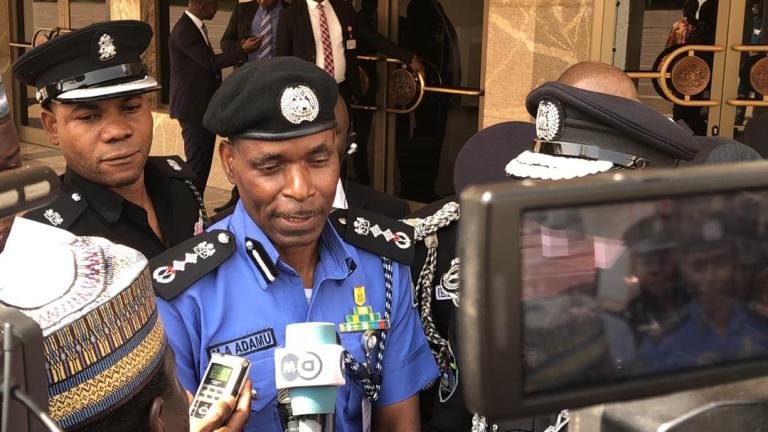 The acting Inspector-General of Police, Mohammed Adamu, has ordered the immediate decentralisation of operations of the Special Anti Robbery Squad (SARS) unit.
The News Agency of Nigeria (NAN) reports that before the current development, operations of SARS were centralised at the Force Headquarters.

NAN also recalls that SARS operations were recently reorganised following alleged unethical conduct by personnel of the unit.
Mr Adamu gave the order at a meeting with officers in the rank of commissioners of police and above on Monday in Abuja.
He said that with the new arrangement, commissioners of police in the 36 states and the FCT would assume full command and control on all SARS in their commands.
The police boss said henceforth, the SARS unit in the force headquarters would be under the Deputy Inspector-General of Police in charge of Force Criminal Intelligence and Investigation Department (FCIID).

He said that the DIG FCIID and CPs would be held liable for any professional misconduct resulting from the operations of the units in their commands.

Mr Adamu also directed them to evaluate the units in their commands and submit a report to his office within two weeks.
The police boss also announced the disbandment of the Special Investigation Panel (SIP) and Special Tactical Squad (STS) and other quasi-investigation and operation units of the force.

He said that the DIG FCIID would take over and review all cases being currently handled by the units.

Mr Adamu said that a comprehensive reorganisation of the Police Mobile Force (PMF), Counterterrorism unit and Special Protection Unit (SPU) would be undertaken.
“This re-positioning process will eventually cascade down to the zonal and state command levels,” he said.

The IG said that the essence of the reorganisation was to restore order and stop the current slide in policing standards.
Mr Adamu also said it would discourage the proliferation of multiplicity of outfits competing for operational space in an unprofessional manner.

He said that the capacity of personnel of the force would be enhanced towards situating its operations within the practice of intelligence-led policing.
He said that at the end of the reform, a protocol that would document its outcome would be developed.

The police boss charged the officers to remain dedicated to their duties by exhibiting the highest level of leadership and character.
(NAN)