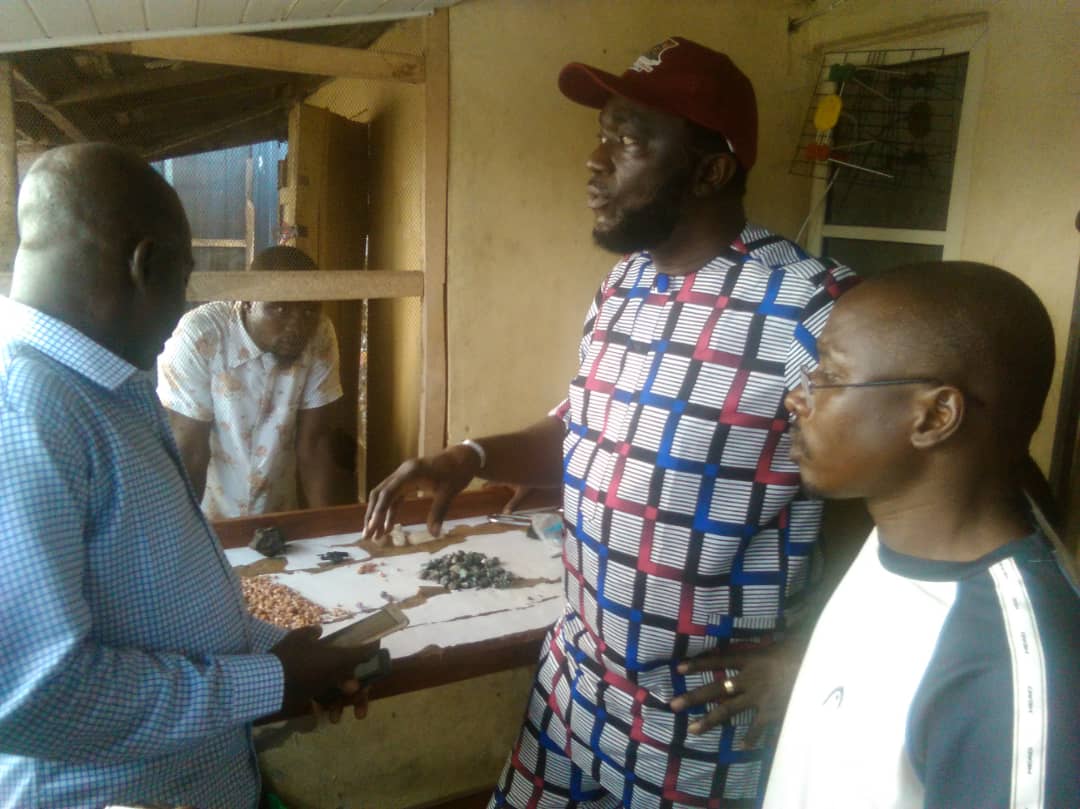 The executive chairman of Oyo state Mineral Resources Development Agency Mr. Abiodun Oni today paid an unscheduled visit the acclaimed largest solid mineral market in Nigeria located in Ibadan the Oyo state capital, in a bid to interface with players and traders in the mining industry within the state.

Mr. Oni while addressing some of the traders trading the precious stones at the Ojoo area of Ibadan which was noted at the central market in Nigeria, stated that Oyo state government under governor Seyi Makinde is ready to partner with all stakeholders to move the industry to the next level in term of exposure to the global market and revenue generation for the state government.

Upon arrival at the market located in the state capital, some of the precious stones found on display to prospective buyers include Tourmaline of different colors, quality, and grades, Amethyst, and Gametes.

Some of the traders who chose to speak with newsmen on condition of anonymity said that the state government must show the political will to commit investors and key stakeholders to fall in line with its plan to regulate and regularize the market with a view of putting a perpetual end to been shortchanged by illegal market operators noting that volume of trade in the industry within the state is in billions but lack of political will by past administration has enabled the market to shortchange the state government in terms of revenue generation.

Mr. Mohammed (not real name) noted that the industry in the state is saturated with foreigners from neighbouring African countries such as Niger, Senegal, Mali, Ethiopia, Sudan, etc. adding that these foreigners have more access to financial supports from both the Central Bank of Nigeria and the World Bank in terms of access to loan facilities than the local miners which has left many locals struggling to compete with their foreign counterparts in the market noting that if local miners are adequately empowered financially, they would be able to compete favorably with foreign traders and investors in the industry.

Mr. Oni in his remark stated that Oyo state government under the leadership of governor Makinde is prioritizing the mining industry because of its endless potentials and capacity to create hundreds of thousands of employment opportunities which will in turn increase the IGR base of Oyo state adding that the mineral resources development agency will continue interfacing with stakeholders in the market with a view of creating a template that will lead to a win win situation for both the state government and the market operators as well as incorporating the illegal miners into the formal sector.