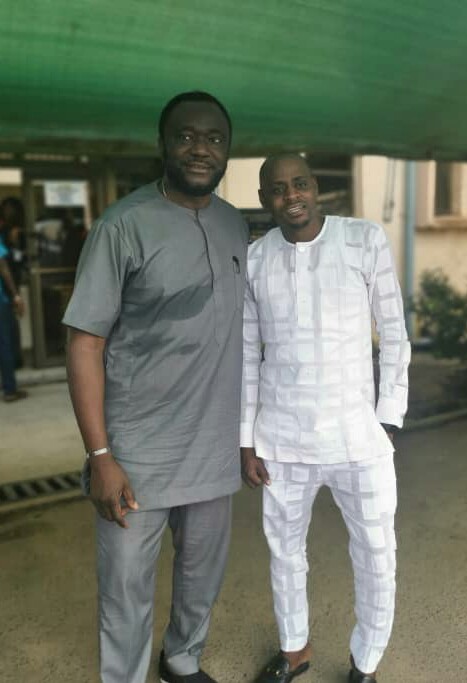 The executive chairman of Oyo state Mineral Resources Development Agency, Mr. Abiodun Oni has joined his voice with many Nigerians to praise the appeal court for standing on the side of truth and upholding the sanctity of the legal profession by upholding the election victory of hon. Kozeem Olayanju (PDP) representing Irepo/Olorunsogo state constituency adding that even though there are shortcomings in the country’s judiciary just like every other profession, the judgement of the appellate court gives the hope of a better Nigeria ahead.

Mr. Oni while playing host to the lawmaker in his office shortly after the court ruling yesterday in Ibadan congratulated Hon Olayanju for his ruggedness and fighting spirit noting that the case would have been the reverse if he had not shown the courage to fight for his people who against all odds came out en mass to vote for the lawmaker during the last election adding that his victory at the appeal court was a victory for the people he represents noting that his victory has only placed a responsibility on his shoulders with renewed commitment not to fail or disappoint the people who elected him.

The executive chairman of mineral resources development agency who also hails from the same constituency with Hon. Olayanju however assured of his continued support towards revamping the economy of the state through his agency’s contributions to the internally generated revenue base of Oyo state adding that the Igbeti marble site will soon be visited by his agency for necessary assessments and evaluation with the aim of exploration.

Mr. Oni thanked the executive governor of Oyo state Engr. Seyi Makinde who has been able to give the state a new face that is appealing for investments within less than eight n months in office and charged everyone in the state to continue to give the present administration maximum support in its drive towards attainment of economic prosperity.