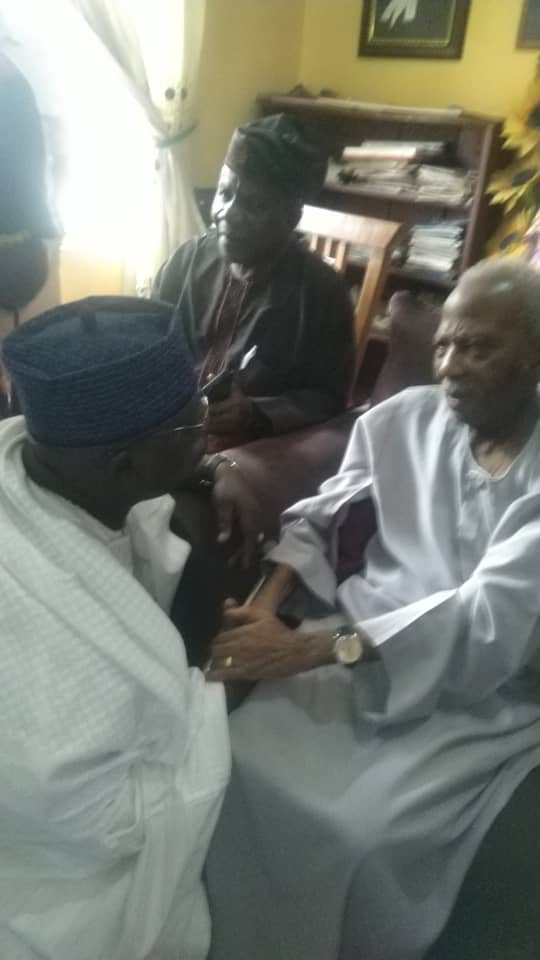 Aare Musulumi Of Yorubaland, Edo and Delta States, Alhaji Dawud Makanjuola Akinola has berated the past leaders in the country for paying lip service to security of lives and property stating that the recent increase in violence killings ,kidnappings and banditry were the consequences of their negligence.

Alhaji Akinola made this remarks in Akure the Ondo State capital during a condolence visit to the leader of Pan Yoruba social cultural group Afenifere Pa Reuben Fasoranti on the gruesome murder of his daughter, Mrs Olufunke Olakunrin by the suspected Fulani herdsmen at Kajola Forest along Sagamu Benin Express Road.

The religious Leader said it was high time the Federal Government further strengthen the security architecture of the country for the safety of all adding that this insecurity is taken toll on the economy of the country as no investor would be willing to stake his money where safety of lifes and properties is at an abysmal low.

In a short admonition, the Chief Imam of Akureland, Sheikh Abdul Akeem Yaayi Akorede said the spate of killings and kidnappings should not be associated with Islamic religion stating that Islam is a religion of peace noting that people of diverse behaviors abound in all religion. He thereafter prayed for the repose of the soul of the deceased and beseeched God to grant Pa Fasoranti and the entire family fortitude to bear the irreparable loss.