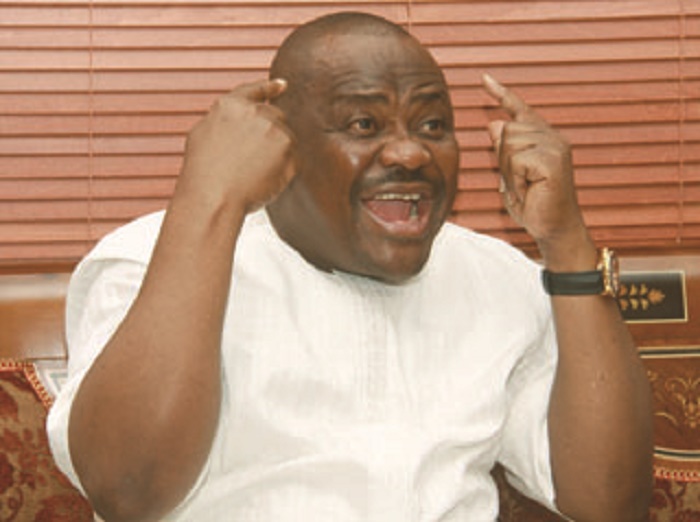 The governor of  Rivers State Nyesom Wike has criticized most of the PDP Senators and House of Representatives members over their shambolic roles in the just concluded election of National Assembly principal officers on Tuesday.

Most of them, he noted, betrayed the party and fall short of the party’s trust.

He alleged them of selling out against the agreed positions of the party during the exercise.

The National Working Committee (NWC) of PDP, earlier on  Tuesday morning had endorsed the candidacy of Senator Ali Ndume for the number seat in the senate,

the party had also instructed its members in the House of Representatives to support the candidacy of Honourable  Umaru Bako to emerge Speaker.

Governor Wike, according to reliable source, mobilised PDP NWC and other high profile members of the party to push for the endorsement of the Ali Ndume and Umaru Bako at both upper and lower chambers resepectively

This is despite the fact that PDP comfortably boasts of 46 senators.

Hon Femi Gbajabiamila in the House of Reps pulled 281 votes to defeat Bago with 76 votes.

Of the 360 members of the  House of Reps, PDP members in the green Chamber are over 140, fuelling speculations that most of them ignored directives of the party.

Speaking on the disloyalty of the PDP members in the 9th National Assembly on Friday, Wike said they sold “out themselves for a plate of porridge.’’

He noted that it was typical of politicians, most of whom he does not have trust for because they can change at any given time.

The governor, while hosting Bishops of the Anglican Province of the Niger Delta at the Government House, Port Harcourt said his trust is only God who never changes.

“I don’t trust any human being. It is difficult for me to give 100 percent trust that a man will continue to be like this or like that.

‘’The only person that cannot change is God. For human beings, they can always change. That is why they are human beings.

‘’You can trust human beings but be careful because anything can happen at anytime.”

“So as a politician, one group you must watch very carefully are the politicians. They are easily swayed. Some believe. When they believe, they believe.

‘’Something can entice politicians and they change. If you watch what happened at the National Assembly, you can see that this attitude of politicians.

“You see the party has a position, before you know it, they are selling out themselves for one plate of porridge.

“This one has a case and he wants them to withdraw the case. These things we know and we are guided about it.

‘’I will never let my guard down to say everybody is with me. The only person I can be comfortable with at all times is God. If it is human being, no!.