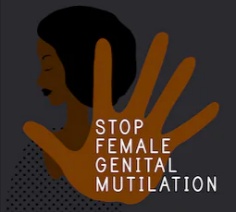 36 Communities In Iseyin Say No To Female Genital Mutilation

No fewer than Thirty-six communities in Iseyin Local Government Area, on Tuesday, made open declaration for the abandonment of the Female Genital Mutilation (FGM) in their respective communities.

The 36 communities were from Molete, Oju Baba, Ilado and Iserin areas in Iseyin land.

The event which was held at the Iseyin LG Secretariat, have in attendance, the Council Secretary – Mr Lateef Olayiwola, representative of Oba AbdulGaniyu Adekunle – Aseyin of Iseyin and leaders of all the 36 communities.

The SouthWest FGM Consultant of the United Nations Children’s Fund (UNICEF) Mrs Aderonke Olutayo and the State Director of the National Orientation Agency (NOA) Mrs Dolapo Dosunmu, were present at the occasion.

In her goodwill message, Olutayo described the public declaration as a milestone event, saying the willful declaration by the various communities had clearly shown that the people were in term with UNICEF position on FGM.

According to her, the event will rewrite history and mark a new chapter for the next generation of girls and women in the 36 communities in Iseyin LGA – Oyo state, as they publicly declare the total abandonment of FGM, and create a new norm of keeping the girls intact the way they were created.

She further posited that the public declaration would without doubt inspire other communities at various stages of education and dialogues to accelerate their progress towards declaring the abandonment of FGM.

She declared that UNICEF would continue to support the communities to sustain the momentum by embarking on post-declaration surveillance to monitor compliance and ensure that any community member that deviates from the public declaration would be fished out through a community mechanism and brought to Justice.

Citing negative impact of FGM, Olutayo stated “It is a harmful traditional practice, a gross violation of the fundamental human rights of girls and women which seriously compromises their health and psychological well-being.

“It is not only harmful, it is also against nature as it destroys the wholesome and beautiful way women and girls are naturally created.

She noted that people practice FGM “because they believe that other people in their community do it, and these people believe they ought to confirm to it.

“At the same time, most of the reasons sustaining the practice are based on myths and preconceptions, which in turn have shaped the social expectations among the people resulting in the perpetuation of this harmful practice for generations.”

She urged the Oyo state government to further demonstrate political will by ensuring budgetary allocation and release of financial resources through dedicated budget lines in the relevant ministries for the campaign to end FGM in all communities in the state.

In her remark, the state NOA Director Dosunmu, posited that efforts by the agency and that of UNICEF toward bringing the communities together for declaration has yielded positive results.

She explained that what was being witnessed at the occasion was the outcome of various engagements, dialogue and advocacy meetings with critical segments on the immediate and long term negative health and psychosocial consequences of FGM on the health of girls and women in the 36 communities and the whole state in general, by various partners and civil society organisations.

She appreciated UNICEF for its trust and confidence in NOA and the state technical committee to diligently implement the programmes and achieve the envisaged goal of attitudinal/behavioural change by the entire people of the 36 communities and the state generally.

She assured UNICEF of unwavering commitment to achieving a total elimination of FGM practice in all the nooks and crannies of Oyo state.

The NOA boss also commended traditional and community leaders
and other stakeholders in the 36 communities for taking informed decision and backing it up with courageous action of publicly declaring the resolve to abandon the FGM practice in their respective communities.