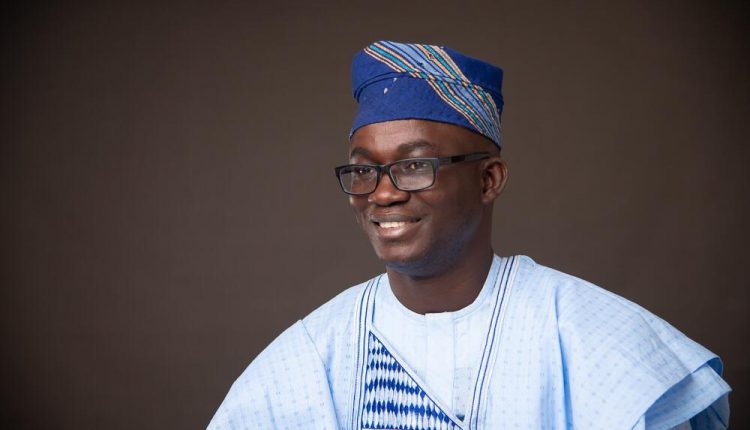 Former President of the National Youth Council of Nigeria, Wale Ajani, has officially declared his intention to run for Senate come 2023 on the platform of the People’s Democratic Party (PDP) in Oyo state saying he is better equipped academically, politically, energetically, and materially to clinch his party’s ticket ahead of other aspirants.

The Ona-Ara born Not Too Young To Run advocate made his political aspiration to run for the Senate known yesterday in Ibadan while addressing journalists at a press conference saying that even though past senators from Oyo Central Senatorial District and the serving one have all done their bits within their human capacities, it is time for young politician to take the lead.

It will be recalled that Lukman Oyebisi Ilaka, the immediate past Chief of Staff to Governor Seyi Makinde, who recently declared his intention to run for the Senate come 2023 on the platform of PDP after three different unsuccessful attempts in 2011, 2015, and 2019 was tauted to be a very strong contender to clinch the ticket considering his close relationship with the Governor but Ajani has expressed his confidence to defeat Ilaka at the party’s primaries and win the PDP Senatorial ticket ahead of the 2023 general election.

“As far as the leader of the party is concerned in Oyo State, I submit totally to the leadership of Governor Seyi Makinde. Governor Makinde has done very well in the last about three years.

“On my chances, Chief Bisi Ilaka is our egbon and contest does not mean we should not recognize and respect our egbon. But the fact remains that he is a Nigerian, I am a Nigerian, he is from Oyo Central, I am form Oyo Central and we are only contesting. It is just a contest, It is not a conflict.

“Again, there is nothing like governor’s support anywhere. I understand governor’s countenance to some of those things. When he (Ilaka) did his declaration, I didn’t see anybody that went there to say governor said I should come. If that person can come out, then I’ll tell you I am not running because I wont want to waste my time if the governor has made up his mind on him.

“But to the best of my knowledge and what I know that is happening, I am aware that the governor has not pitched his tent with anybody on Oyo Central and the chances lie within what you are ready to showcase, that you have the capacity. I am running for an election and I am not waiting on anybody to give me money. If I lose election, I am also not going to be crying in one corner and I am not getting loan to run an election. That’s clear.” Ajani stated.

Recalling his fray into politics and his political antecedent, the Tech Entrepreneur, Autor, and CEO of Entrepreneurship and Leadership Academy narrated how he cut his political teeth from the Rashidi Ladoja’s political family during the era of Accord Party ying that he has learned the nitty gritty of grassroots politics.

Ajani said, “If you followed my story, I followed Senator Ladoja to Accord party. He went to PDP, I followed him to PDP in 2018 and he left PDP that same year. We now followed him to ADC, we got to ADC again and there was crisis and in that same 2018, I contested for Rep. But I was asked to take House of Assembly ticket instead of Rep due to one reason or the other.

“I got the ticket and it was a very good campaign. That was when I learnt the game of politics, when some will tell you, you are the best and they will go behind again and say, the other person is the best. You will get confused who is actually the best.

“It was a very good training ground for me and I thank God that after the election, I congratulated the winner and I went back to my work again because Politics to me is like service to humanity. If your people want you, fine and if they don’t want you, move on, go back to your family and serve your God diligently.”

The Senate hopeful explained how his former Personal Assistant now a serving Senator, Senator Elisha Abbo triggered the desire for his come back into active politics saying “I was challenged by one of my former PAs when I was the President of youth council in person of Senator Abbo. The Senator that slapped a lady at the super market sometime ago.

“When I also look back, I looked at Oyo Central, where I hail from, the truth is that we’ve had Senators and they have really done their best, but it could be better as far as I am concern. Again, if you had gone to school and have used typewriter, you can’t use Ipad now. And we are now in the generation of ‘soro soke’. What do you know about National Assembly? National assembly is purely for legislation. National Assembly is where you go and advocate for your people.” Ajani added.

Speaking further, he said, “There are a lot of people that are coming out, and some are saying ‘omo kekere yen (that young boy), the truth is that, I know in the National Assembly, apart from your salary and statutory, if you are bringing things to the National Assembly, you have to struggle for it. Failure to do so, you may end up not getting anything for your people. To me, sharing bike, sewing machine and so on is not empowerment. Leadership is not about building structure but building people. It is about making sure that we empower our people so that they can have global recognition and education.

“For some of us that have the privilege to study abroad, we know that we were just playing when we were in the university because the kind of training they will give you, and courses, you will see that they are not relevant to what you are studying. There is no reason studying Engineering in the university for 5 years. Education is very key and its part of what I believe and again, Oyo State. I am going to work with others to make sure that, our airport come back to life. The role of a senator is to lobby. We can lobby irrespective of party because, it is all about National development. It is not about party issue.”

He however assured that he would deploy the instrumentality of lobbying to facilitate many developmental projects and national presence to Oyo state if given the chance to fly the PDP senatorial ticket come 2023.

Three Weeks After Declaring Interest In 2023 Presidency, Tinubu Travels Out for Medicals