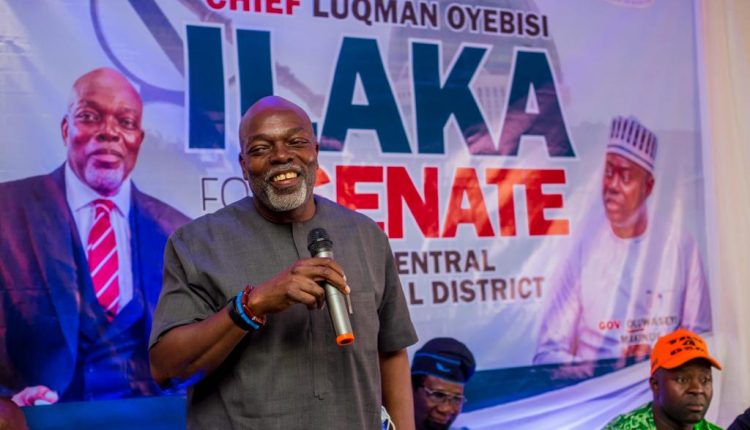 The People’s Democratic Party (PDP) stakeholders across Oyo Central Senatorial District have have declared that it is now or never to work for the realization of winning the senatorial seat for Seyi Makinde’s close ally, Chief Lukman Oyebisi ILAKA who has officially declared to run for the Senate come 2023.

It will be recalled that the Oyo East born Ladilu of Oyo Kingdom, Ilaka had contested for Oyo Central Senatorial seat at three different consistent times in 2011 and 2015 both under ACCORD party, and in 2019 general elections under the PDP and have repeatedly came second in all the three attempts.

Speaking with newsmen at his official declaration ceremony held at the Omititun House, Iwo Road in Ibadan on Tuesday December 14, Ilaka, who expressed optimism to clinch the PDP senatorial ticket come 2023 said all the factors that led to the his electoral losses in his previous attempts have been duly studied and taken into proper consideration. 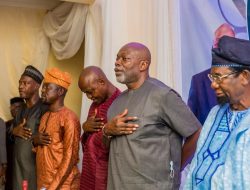 The immediate past Chief of Staff (CoS) to Governor Seyi Makinde of Oyo State said even though the people of Oyo South Senatorial District deserve more than what they have gotten so far from their successive representatives at the national assembly since 1999, he noted that it is not yet Uhuru as the situation of poor representation can still be remedied come 2023.

Ilaka, who declared his capabilities and competence to provide better representation at the red chamber of the national assembly if given the chance said Oyo Central Senatorial District has some challenges which according to him are peculiar and existential to the people of the area stressing that 2023 will be a defining moment to choose between what was described as old and new ways of getting things done.

“The last election in 2019 was pretty tight for us because I think we bore the brunt of the disunity in our own side of the divide. The first election, which is that of Presidential, was pretty disastrous in the sense that they claimed we lost by 7,000 thereabouts, which still remains one of the miraculous things I have ever witnessed. Anyway, it was a complete travesty. But as a senatorial candidate then, I was ahead of all our members of House of Representatives, which is not supposed to be like that.

“So, we want to change the narrative from today, and that is why we are trying to put in place an all-inclusive structure, which will include our executive chairmen party chairmen and those who have come a very long way with me. And I know we will all get to the promised land together.

“Those who have spoken before me harped on unity and I want to encourage us to roll up our sleeves now for the work ahead. We want to reach every nook and crannies of this senatorial district because we are aligning with our party’s agenda, aimed at rescuing Nigeria. So, let us be part of the rescue process in the state and South-West at large.

“We do not want to be left wanting and that is why we are quickening up the process. In fact, we all know that there is no any other party in the state except the PDP. So, we will be sitting from time to time to get feedback from your different zones.

“This is also a very fine moment in this nation. We know we have national challenges and there will be a process that will probably include restructuring of how we choose to live in this country. Until we have justice, fair play and equity, our challenges will remain the same. So, I put myself forward as usual and I know that this time around, we will all be victors.

“Please, let us join hands together on this request and rescue our senatorial district. Let us join hands with our governor in salvaging our nation. Let us go back to our different local government areas and I can assure you that I will be there for you on whatever stakeholders.”

Some of the Stakeholders who spoke to affirm their full support to the senatorial aspiration of Ilaka are the representive of Oyo Assembly Lawmakers under the senatorial district at the event, Honourable Francis Oyetunji, Exectuive Chairmen; Honourable Kazeem Gbadamosi, Mrs Olakojo, and others.

In his remarks, the Oyo Central Senatorial PDP Chairman, Hon. Muftau Ogunremi who recanted how the journey began about a decade ago expressed confidence in the candidature of Ilaka on the platform of the PDP to clinch the senatorial seat stressing that all hands must be on deck to ensure that no stone is left unturned.

Others who spoke explained that Ilaka would have won the last election if party candidates for House of Representatives election were as popular as Ilaka. They urged the party leadership in the state not to field any unpopular candidate noting that such route has already proved futile in the past and must not be repeated.

While expressing his joy at the overwhelming turn out at his official declaration, Ilaka promised to work with everyone who would make productive input to his aspiration.