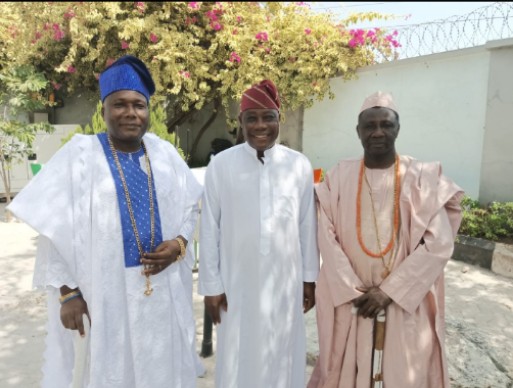 The second term aspiration of Governor Seyi Makinde and his deputy, Barrister Bayo Lawal, on Wednesday, December 13, got a major boost as two prominent monarchs, Iba of Kishi, Oba Moshood Aweda Lawal Arowojuye 11 and Ona Onibode of Igboho land, Oba Abdurasheed Adetoyese Jayeola 111, have yet again pledged their support for the present administration.

The monarchs assured Chief Lawal of their support for the re-election bid of Governor Seyi Makinde in the 2023 election when the two monarchs paid courtesy call on the deputy governor, Bayo Lawal at his residence in Ibadan.

The monarchs hailed the landmark achievements recorded by the Makinde’s administration in the last three and half years especially in Oke Ogun Zone of the state, noting that the ongoing reconstruction of Saki-Ogboro-Igboho, reconstruction of Kishi to Igboho and Igbeti road will further boost economic activities of the three major towns.

In his response, Bayo Lawal expressed his profound gratitude to the two monarchs for the courtsey call and pledged to convey the message of Onibode of Igboho land to His Excellency, Governor Seyi Makinde.

Earlier, a chieftain of major opposition party in Oorelope local government had paid a courtesy call on Barrister Lawal and assured him of his maximum support.

Nobody Has Monopoly Of Violence, Concerned Authorities Must Call BONVIC To Order Over Billboard Obstruction –Ilaka Media Org.