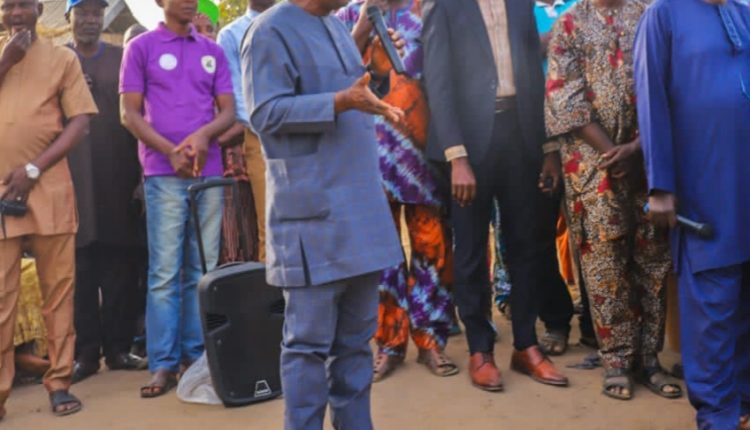 Barrister Abdul-raheem Adebayo Lawal, deputy governor, has once more urged the people of Sooro a community on Kishi land to support governor Seyi Makinde and other candidates of Peoples Democratic Party in the forthcoming 2023 general elections.

He explained that the PDP’s efforts to further the development of the village, including the recent approval of a secondary school, hospital, and borehole, as well as other projects carried out by the PDP’s administration, are the reason why the people of Soro must support the party in the upcoming election.

Lawal maintained that if the government can accommodate their request, the village must reciprocate by also giving its full support to Governor Seyi Makinde and other PDP candidates.

“As I previously stated, I can’t lie with my age or my interest for the development of Kishi Land, thus I implore you all to vote for Governor Seyi Makinde and all other PDP candidates in the upcoming general election.

Lawal advised the residents of Soro to prepare their PVC, emphasizing that it is the sole tool that will enable Governor Makinde to be re-elected in order to continue developing Kishiland.

Earlier in his remarks, the Baale representative said that the entire village is prepared to give the PDP a resounding vote of support. He also pleaded with the deputy governor to help them set up a network mask through Etisalat or another network so they can communicate with the public.