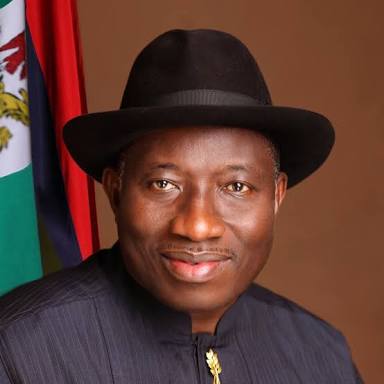 2023: Buhari’s Loyalists Strategize For Jonathan’s Come Back, Say Ex President Not Threat To The North

Following the increasing clamour for power shift head of the 2023 presidential election, supporters of President Muhammadu Buhari are reportedly considering former president Goodluck Jonathan for the number one office in Nigeria.

The calculation is that it will appease the south and satisfy the increasing clamour for power shift to the South.

According to the report, Buhari’s close loyalists believe that Jonathan will be the best man for the position if power were to shift to the south because of his peaceful nature and the peaceful manner he handed over power in 2015.

A top source in Buhari’s camp who didn’t want to be identified said: “He handed over power peacefully and nursed no bitterness against anyone and therefore will not be a threat to the interest of the north.”

Another reason why these loyalists are considering Jonathan for 2023 presidency is that he will serve just one term of four years, which means the north will be regaining power in a short while. Jonathan’s candidacy for the 2023 presidential election is beginning to gain momentum.

According to this school of thought, if another southerner emerges, he may likely spend eight years in office before power returns to the north.

This Day spoke to multiple sources who believe that having the ex-president succeed Buhari is not a bad idea.

Another source privy to the development confirmed that they were considering the option of Jonathan who is a safe bet and very unlikely to cause any problem.

The source said: “The former president is a good man, he did well in his first term and we believe he has learnt his lessons and where he failed and is unlikely to repeat those mistakes that cost him the presidency in 2015.

He did a lot for the north, so why not?” According to these sources, over the years, Buhari and his loyalists have come to see the former president as a trustworthy and dependable individual.

The loyalists pointed out that Jonathan was the only former President with Buhari during the 60th independence anniversary celebration of the country at the Eagle Square, Abuja.