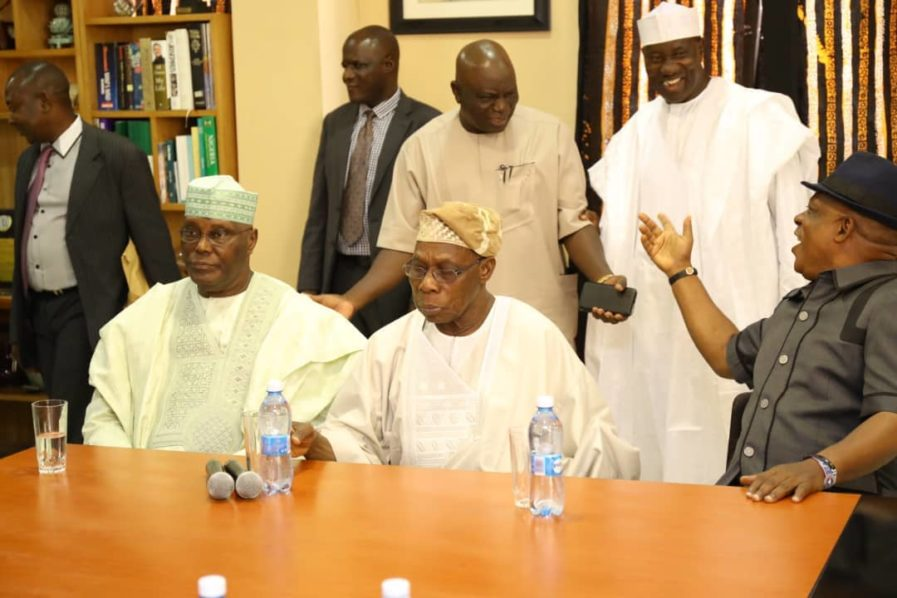 2019: Obasanjo endorses Atiku, Explains why he forgave him

Former Nigerian president Olusegun Obasanjo said his faith as a Christian does not allow him to keep grudges against Atiku Abubakar, especially when he himself asks God for forgiveness daily.

Obasanjo whom Abubakar served as vice-president under his administration from 1999 till 2007 had not been in good terms with his former vice while in office.

The former president earlier alleged that Abubakar had corruption cases outside the country, to which, he must answer.

“God will not forgive me if I support Atiku for president,” he once said.

However, Obasanjo seems to have had a rethink and made a u-turn to forgive, endorse and gave Atiku his blessings to be Nigeria’s next president.

“Whenever or wherever you might have offended me, as a Christian who asks for God’s forgiveness of my sins and inadequacies on daily basis, I forgive and I sincerely advise you to learn from the past and do what is right and it will be well with you,” Obasanjo said.

“And when you become Nigerian President which, Insha-Allah, you will be, remember what we did together in government – we ran an administration by Nigerians for all Nigerians where merit and performance count more than blood relationship, friendship or kith and kin.”

Stating reasons for endorsing his former vice, Obasanjo said, “And in all honesty, my former Vice-President has re-discovered and re-positioned himself. As I have repeatedly said, it is not so much what you did against me that was the issue but what you did against the party, the government and the country.”

Obasanjo urged Atiku to prioritise matters of national interest and uphold the tenets of the nation’s constitution above personal and political matters when elected president.

“Please uphold truth, integrity, principles, morality and fight corruption, crimes and insurgency. The fundamental law of the land, our constitution must be scrupulously defended.”