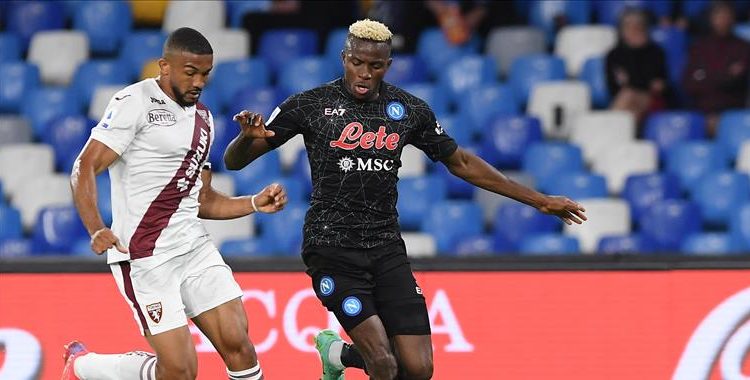 Arsenal are desperate to sign a striker this summer with Napoli striker Victor Osimhen on their radar, reports Completesports.com.

The Gunners will however have to convince Napoli to sell their dependable striker.

Osimhen, according to the Mirror is one of the top targets at the Emirates as Mikel Arteta looks to bolster his strike force.

After already losing Pierre-Emerick Aubameyang to Barcelona in the January transfer window, the forwards at the club are looking threadbare.

It has left Alexandre Lacazette and Eddie Nketiah as the only strikers left at the north London outfit while they are hardly the long-term answers to Arteta’s problems.

Both are out of contract at the end of the season and have rarely impressed in front of goal with just three Premier League goals between them – all scored by Lacazette.

And Arsenal will make signing a forward a priority in the summer which has led them to pursue Napoli’s Osimhen.