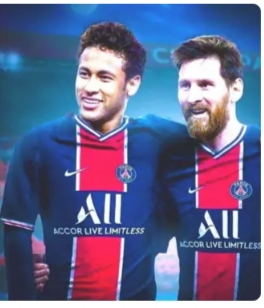 With Argentine superstar Lionel Messi closing in on a deal to joining French Ligue 1 side Paris Saint-Germain, details of his contract have been leaked. It was gathered that the 34-year-old will earn around €40 million-a-year (about N19.4 billion) after tax at PSG according to a report on SPORTbible.

Following La Liga’s refusal to accept a five-year-contract that the player had agreed with Barcelona, the six-time Ballon d’Or winner will now leave the Catalan club.

Messi who was prepared to join his teammates at Barcelona even accepted a 50 percent pay cut just to fit into the Barcelona’s wage cap, but somehow a deal could not be sealed.

And now he is closely linked with a move to PSG after being offered a two-year-contract with an option to extend it for a further year.

Messi will earn a staggering €769,000-a-week (about N372million) and could potentially rake in €120 million overall – and that’s not even factoring in performance-related bonuses or a signing-on fee, according to reports.

At Barcelona, Neymar played with Lionel Messi and they established one of the most feared attack in club football considering the goals they both scored.

Neymar was at Barcelona for four seasons before the Brazilian left for Paris Saint-Germain in 2017 and has won the French League title.

According to a report, Lionel Messi has however turned down Neymar’s offer even if he does reunite with the 29-year-old in France.

Messi’s departure from Barca has shocked the sporting world, with club president Joan Laporta explaining the situation in a revealing press conference.