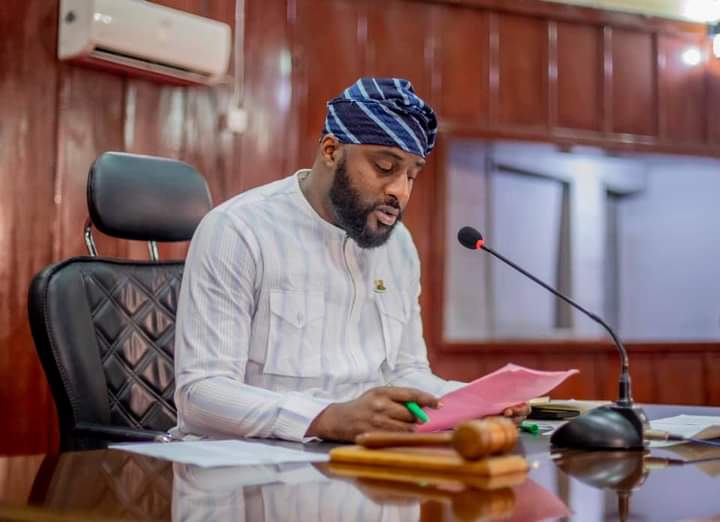 Following a publication in a section of the online news medium last weekend that thirteen of the 32 members of the Oyo State House of Assembly were in a secret meeting to approve a N100 billion funds request by Governor Seyi Makinde, the state House of Assembly has condemned the report describing it as false and misleading.

The House in a press statement signed by its Clerk, Mrs. Yetunde Oludara Awe, on Monday July 18 and made available to newmen explained that the House was properly constituted in line with the provisions of the Nigerian Constitution and the House Rule, and also sat in proper format of Executive sitting.

According to the press statement, the House had more than enough lawmakers present at the sitting more than the required number to form a quorum, calling on members of the public to disregard such publication as it is enmeshed in falsehood and lacks credibility.

“The Plenary Proceedings under reference was conducted in the format of an Executive Sitting and had more than the required quorum of Honourable Members at the hallowed Chamber as recognised by the Constitution Of The Federal Republic Of Nigeria, 1999 (as amended) and the House Rules.The Sitting was observed on the floor of the House without any secrecy or hidden mission.

“It would be recalled that the House had earlier adjourned its Proceedings till Tuesday, 27th of July, 2021 but there was need for an urgent Plenary Sitting due to the nature of the business of the day that bordered on the infrastructural needs towards enhancing the economic potentials of the State.

“The Plenary Sitting of Friday, 16th July,2021 was properly conducted in accordance with section 101 of the Constitution of the FRN,1999 that empowers a House of Assembly to regulate its own procedure, including the procedure for summoning and recess of the House The House Mace, which is the symbol of Authority for such legislative engagement was duly placed at the hallowed Chamber, Legislative Chamber staff were at their various duty posts during the day’s Plenary Sitting of Friday, 16th July, 2021 contrary to untrue report that the entrances were manned and nobody was allowed to enter the premises.

“Oyo State House of Assembly hereby, urges the public to disregard the misleading information which is full of falsification and lack credibility.

“The leadership of Oyo State House hereby reiterate its continuous commitment and efforts in making Laws that will be of great benefit to the entire masses in the Pace- Setting State and ensure the maintainance of long lasting peaceful atmosphere in Oyo State House of Assembly in particular and among the three arms of Government in the State,” the statement concludes.

INSECURITY: Olubadan of Ibadan Dissociates Self From Meeting Of Obas